This morning in a fit of procrasti-tasking—really nothing spurs my hobby writing more than having to complete a large real-world writing project--I started compiling a big old master list of the free DIY rpg products (PDF and printed) that I love to post blogside here.

There is a bewildering amount of free, quality stuff out there and the minds of the crowd I hear outweigh the mind of this individual, so this here's an all-call for adventures, settings, compilations, games, monster collections or whatever you love of freebies. Drop me a link and maybe a little motivation regarding that little piece of the gift economy near and dear.

Why do you enjoy it? Do you use it at the table? Enquiring minds want to know.
Posted by Chris Kutalik at 10:29 AM 4 comments 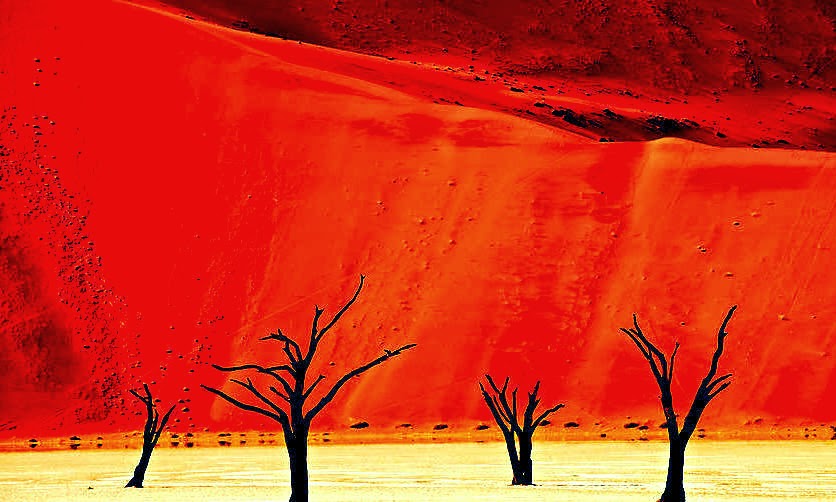 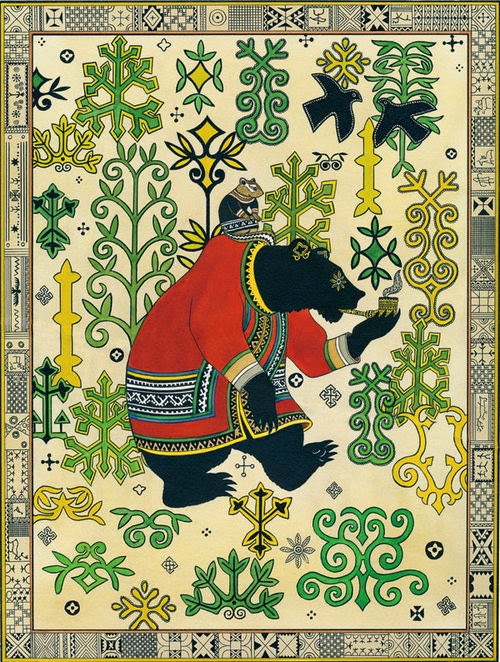 So Mirko and Old Bear became Medved, the seeker of honey, ruling all bears and bearlings from the dunes thrown up in their battle until the world-dialectic turns again.
Posted by Chris Kutalik at 10:09 AM 2 comments 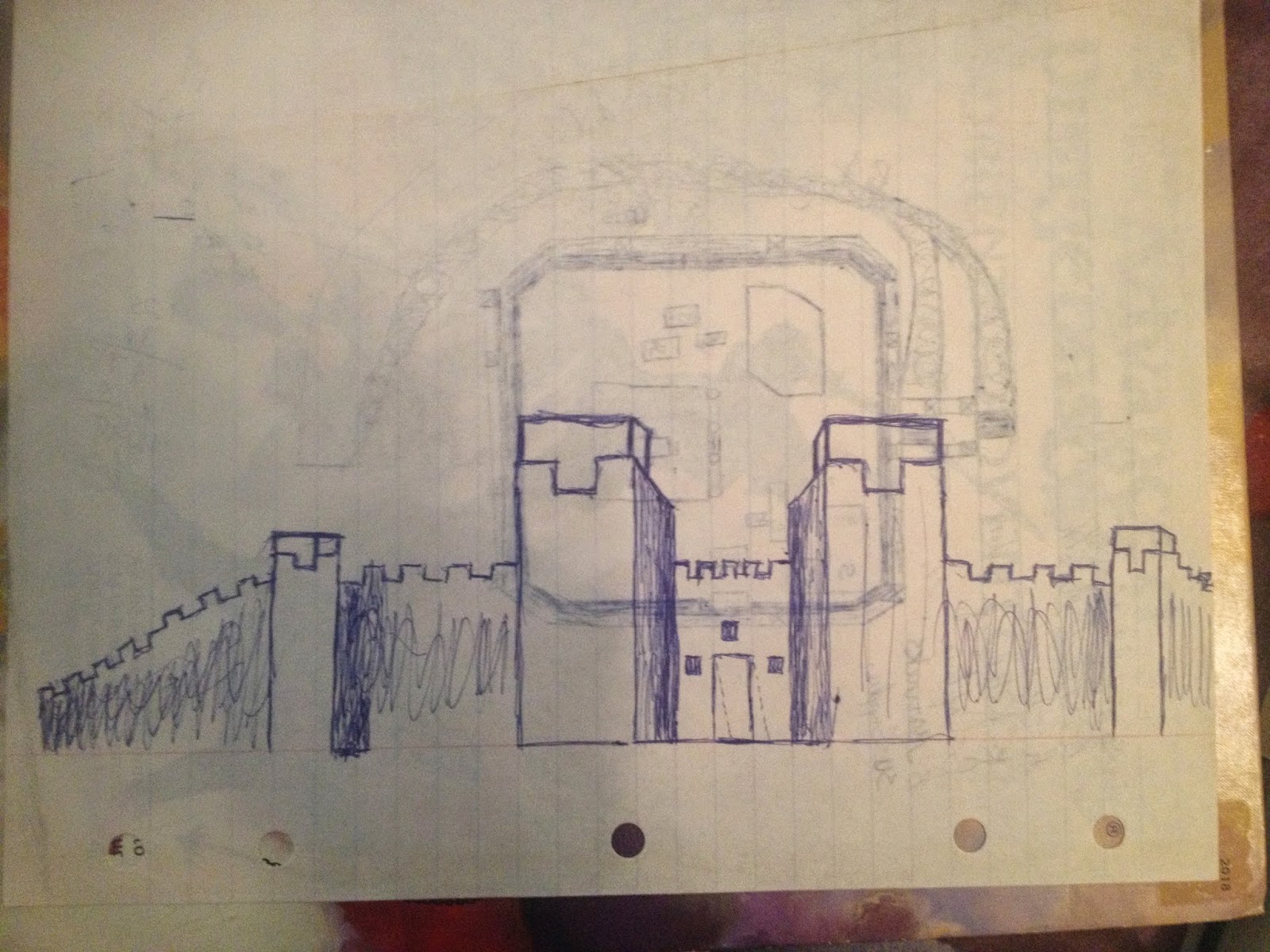 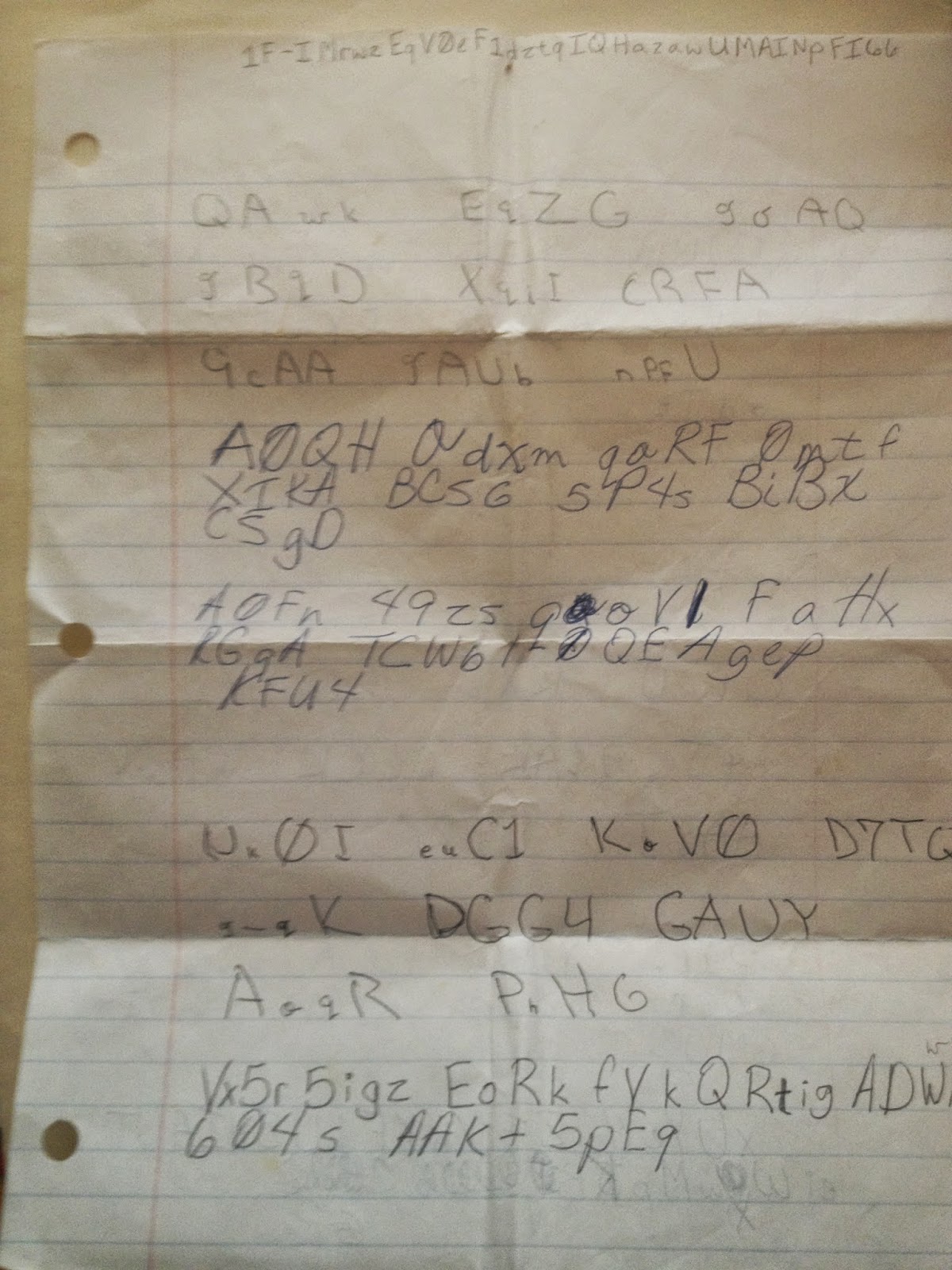 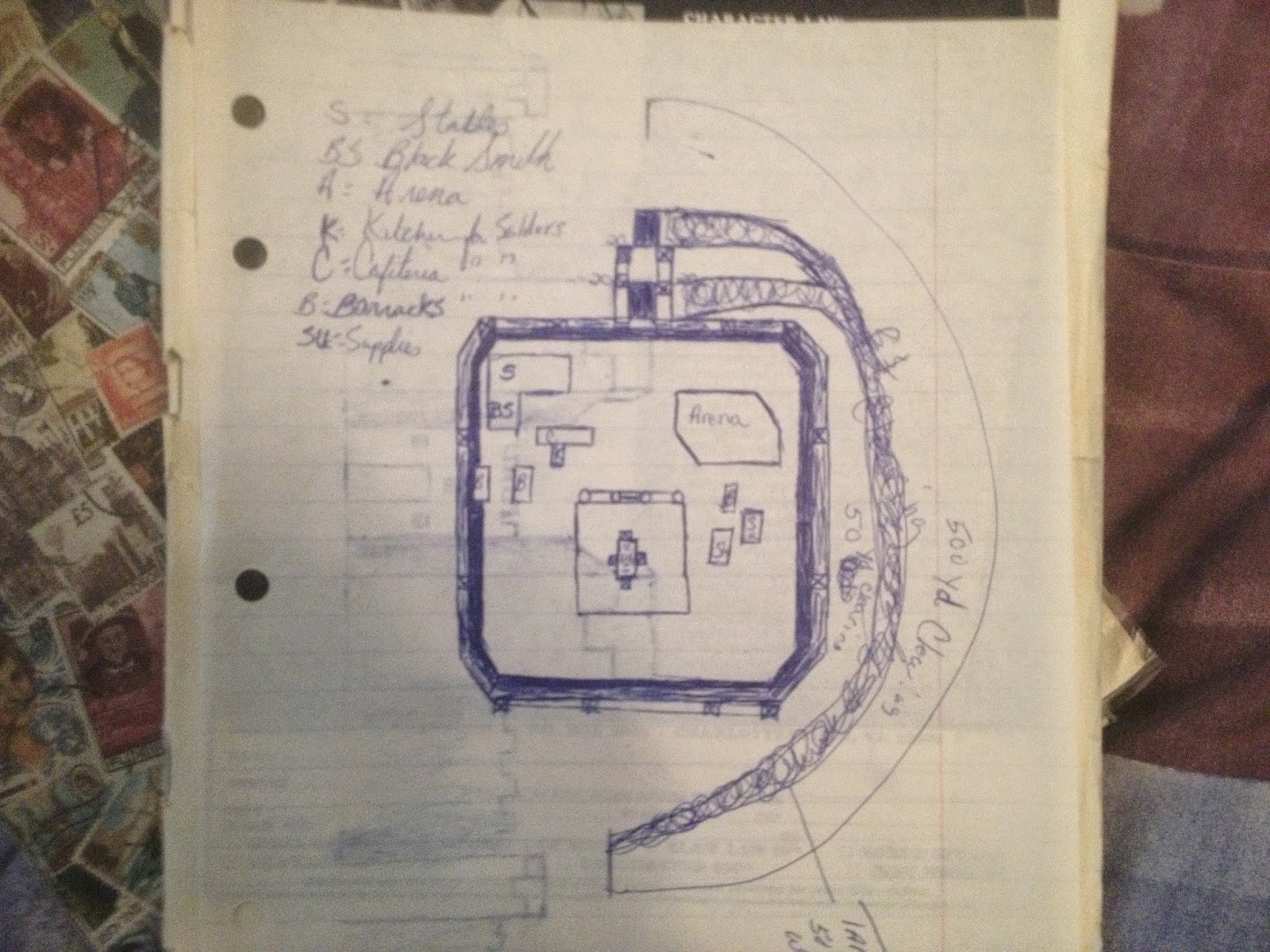 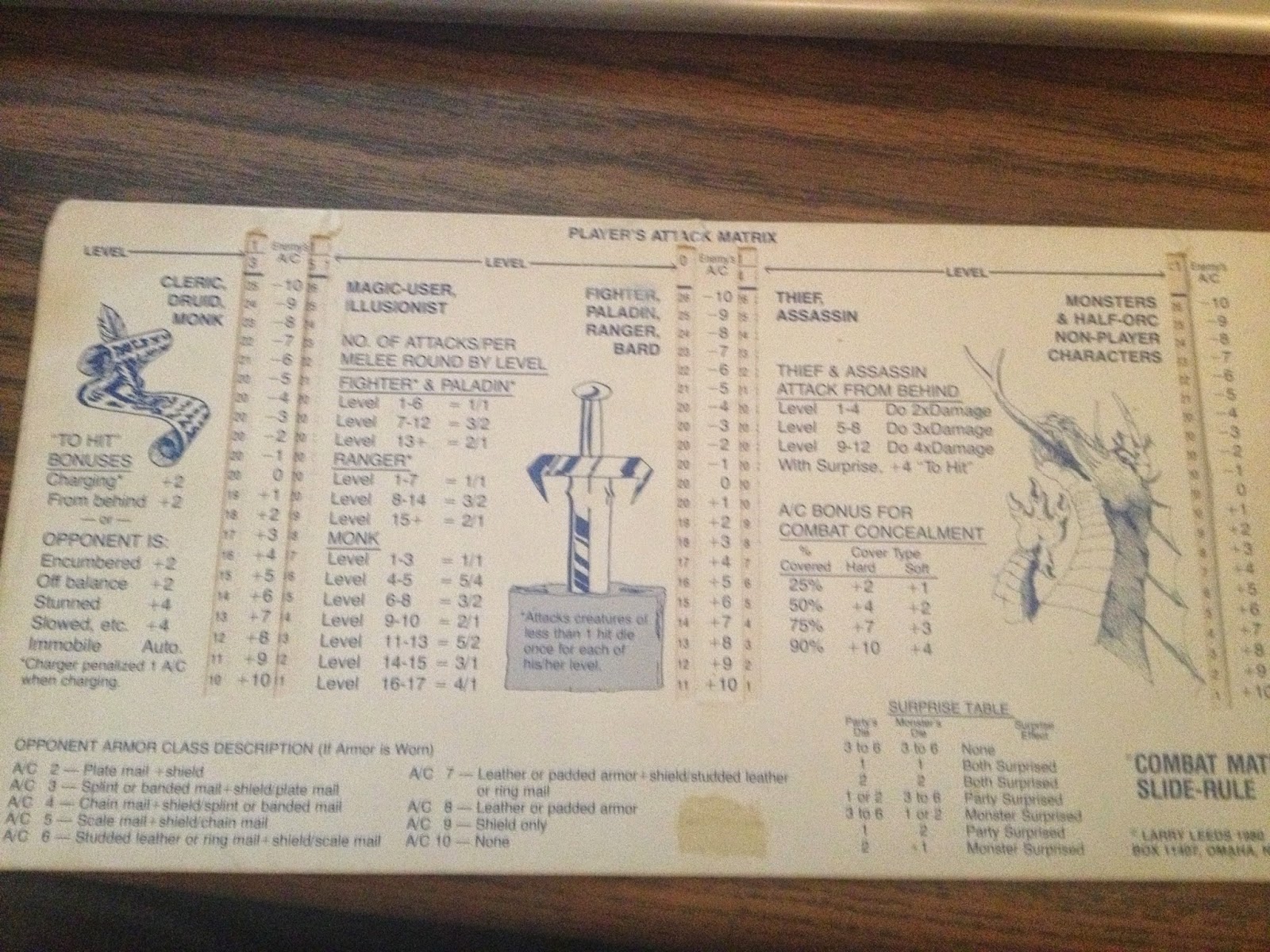 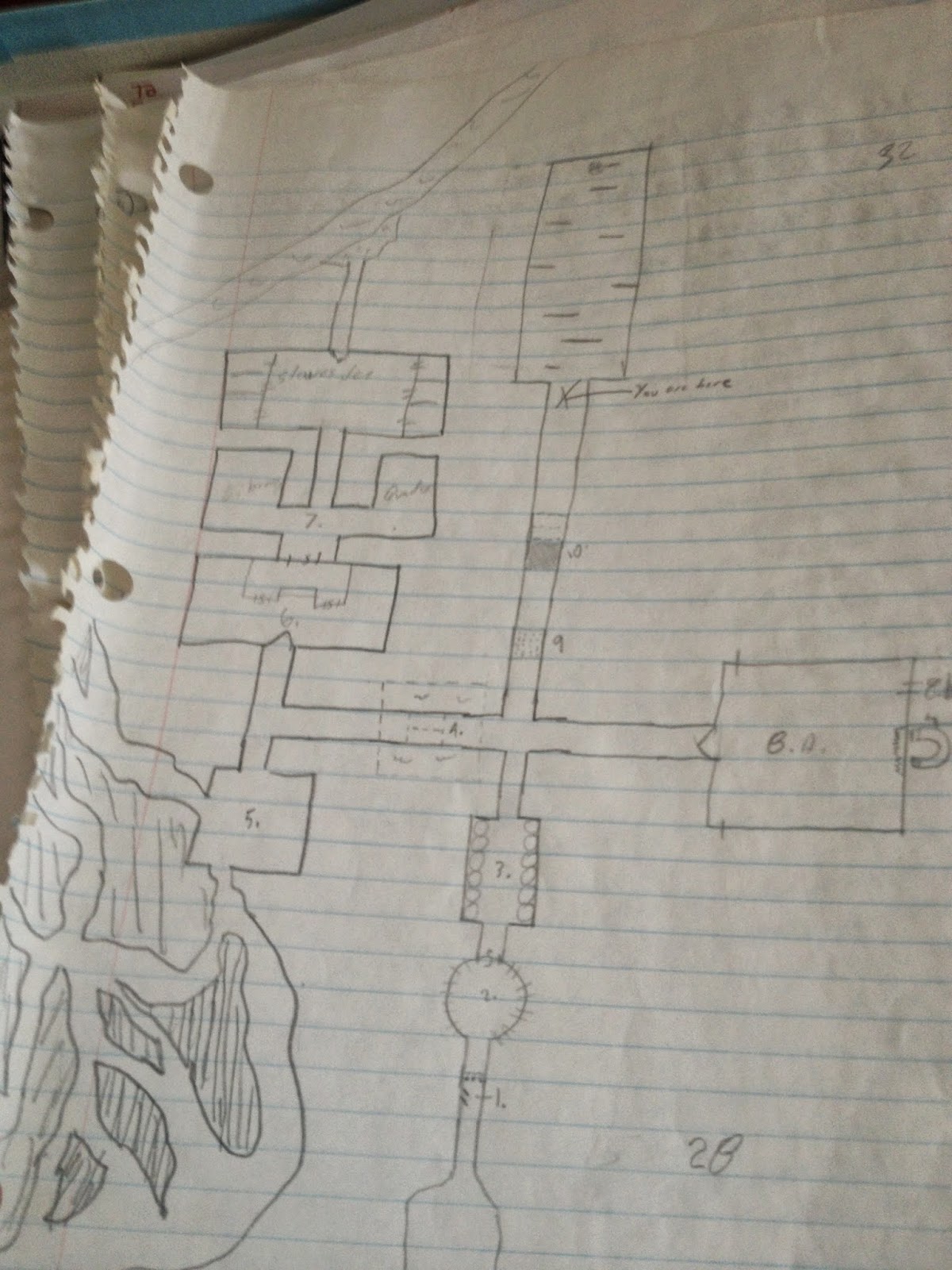 I know the rest of you are uncovering your own flotsam and jetsam of gaming past. Land any big ones?
Posted by Chris Kutalik at 9:39 AM 7 comments

I Am A Golden God. Again. 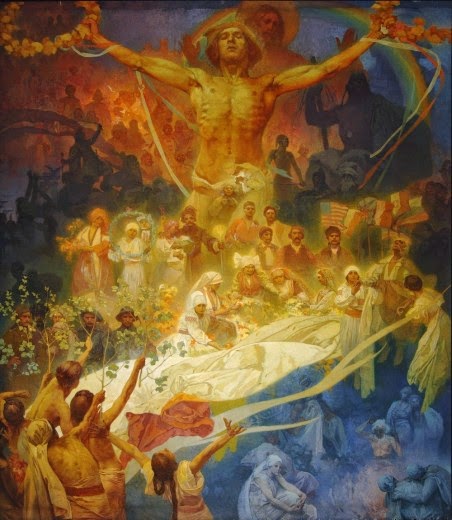 Detective Cohle had the right of it. Time is indeed a flat circle.

And lest you think I am (again) ragging on the forum-warriors who Vahalla-style arise to fight the same butthurt-battles, I am aiming closer to home.

Mulling over last night's Hill Cantons game, one of those strangely enjoyable “town” sessions that just meanders around, my brain went back to one of the big-ticket PC and high-ranking NPC goals in the campaign: apotheosis.

The punchline here is that I sat down this morning to write a post about that drive to divine ascension in the campaign, ripped the Robert Plant/Almost Famous classic phrase—and realized I had not only written a post on that subject a few years back but gave it the very same header.

Let's break with the quantum skein of the Norns and take it a different direction. Let's talk about the specifics on how one becomes a god. 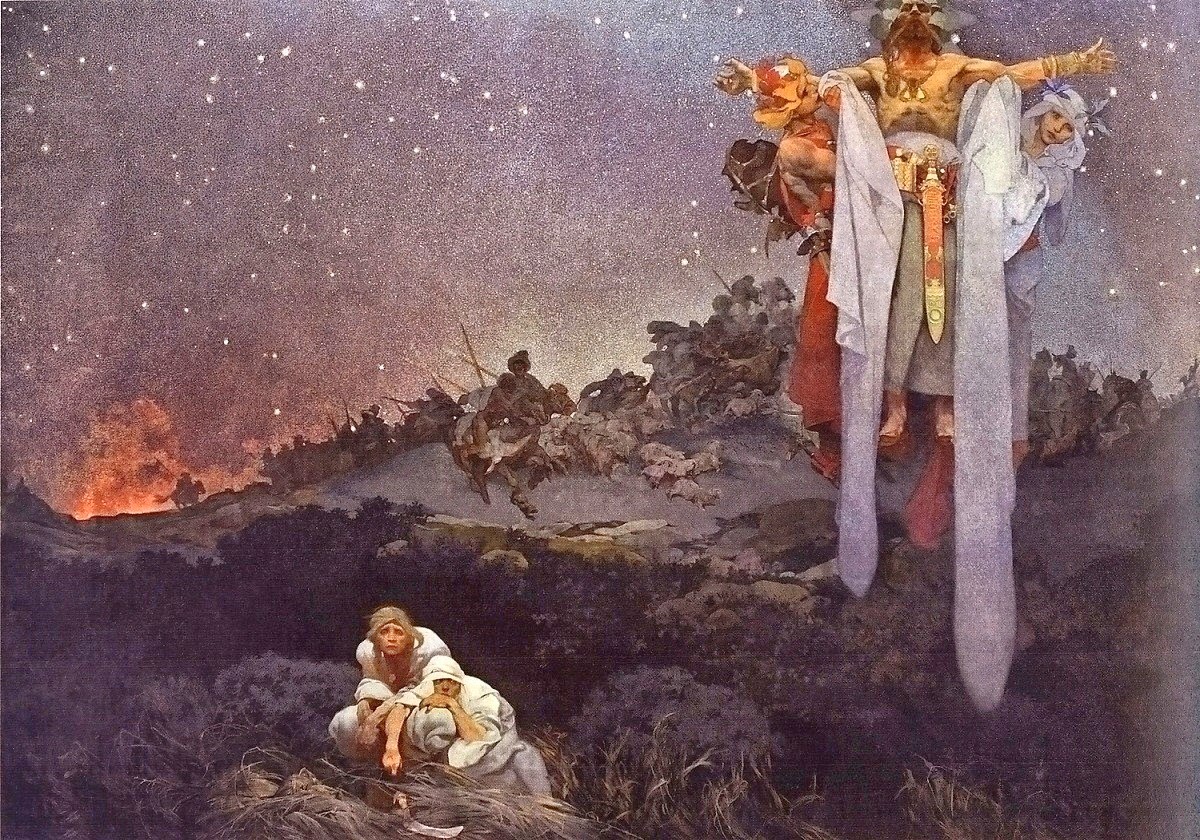 Let's take that little tucked-away and sadly dry as sand section on the subject in the AD&D's Deities and Demigods book (page 11) as a baseline. In that version to become a god you must meet four criteria:
1. the character has to have surpassed the average level of all NPCs in the campaign (being something like 25-30th level in one that 15th is the average).

2. His ability scores have to be magically raised to beyond human levels on par with the vaguely-defined “lesser demigods.”

3. He must have sincere followers.

4. He must have been a faithful true follower of his patron deity and alignment.

I can live with one as an objective marker of personal power (though the rather low power range of NPCs in the Hill Cantons sets the bar around 11-13th level). Point two to me seems both a bit dull and munchkin like. Four is just a terrible fit for the tone of my campaign. In fact, I am not even sure who many of the PCs worship as a patron god (if any) and alignment is more about the vague cosmic team you identify with than the codified belief system of AD&D.

Three I like the best as it points to something I believe is more important than just accumulating enough personal mojo, it's more about an open-ended goal that can be played out in the course of the game. It's about the doing. It also sets out the rather interesting gameable and well rooted literary idea that deities power fluctuates with the size and deeds of their following. 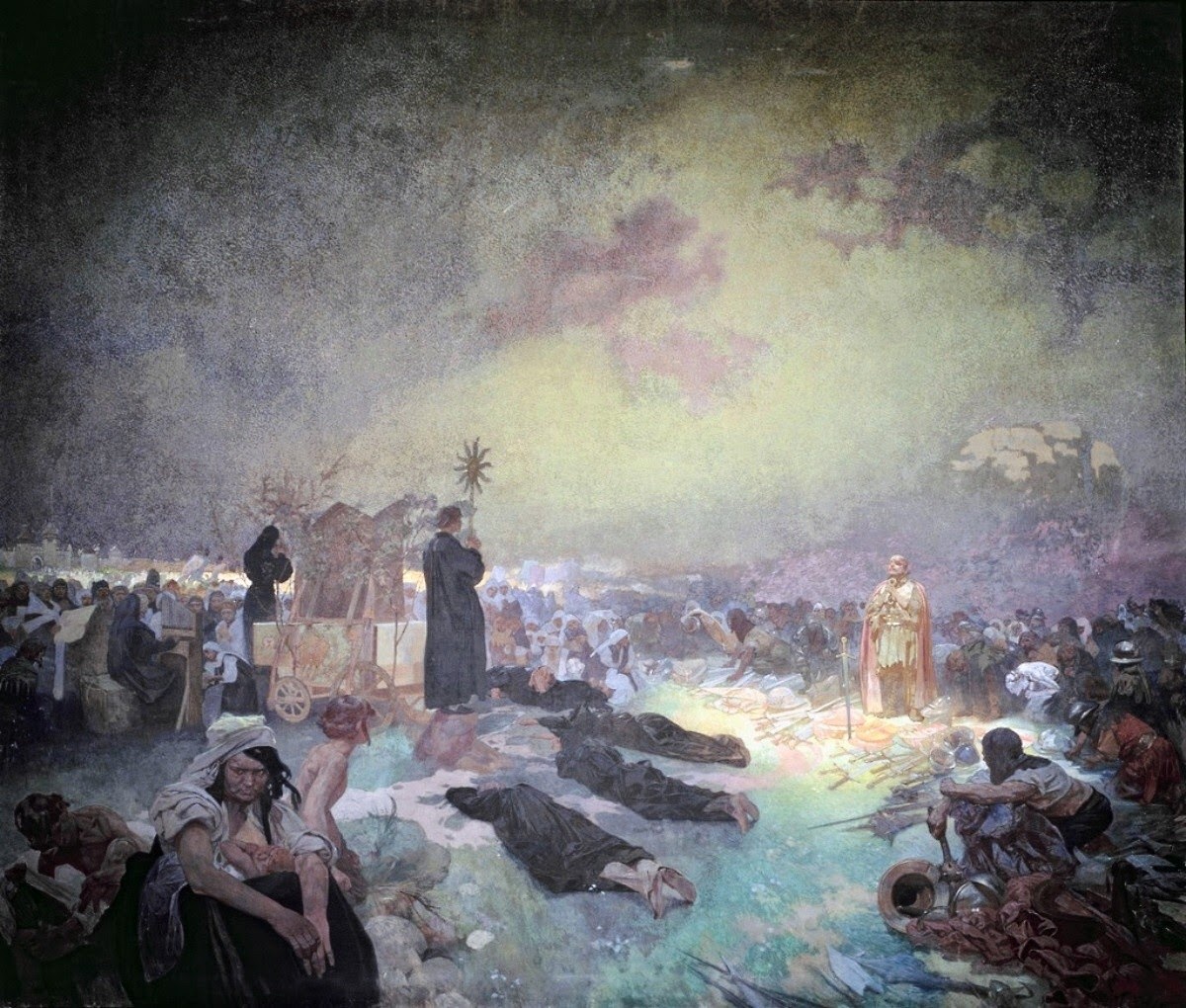 Coming to the point here's my rough idea of what you need to do to become a godling in the Hill Cantons:
1. The character has to be personally powerful (at least 12th level or whatever the class level max is) and known by repute to be powerful.

2. The player has to be able to push their way into the cosmology of the setting. Whether that's stealing/usurping the portfolio of an existing (and perhaps downwardly mobile) god, destroying or consuming their life force, recreating a lost mythic pattern, starting a state cult, being absorbed by a godhead, creating a whole new religious framework, or whatever. There just has to be someway of fitting into it all. In the Hill Cantons where my cosmology is funkier and more hidden than the D&D multiverse, it also means that the player has figured out by the hard work of play at least some of what the hell is going on behind the cosmological mysteries.

3. You must pull around you a real sincere group of followers by hook or crook (the latter seems popular to the party right now). Hoodwink them, dazzle them, whatever but you have to a sizeable group of NPCs believing in your dance. Quantifiable? Dunno.

4. Those followers must have some infrastructure and organization. You have to have temples, shrines, groves, clergy and accountants all the outward trappings of a cult.

5. Finally you have to accomplished several Herculean “great acts” in this world and the others. I like the idea that it the PC has to have successfully undertaken a truly epic mythopoeic “heroquest” (or two, I do so love Glorantha). Fortunately Barry Blatt has already laid out a lovely scheme for in-game heroquesting (in a pointcrawl format no less) that may be portable to a D&D framework.

6. Importantly it means the player is ready to hang it up at least for that character. It means retiring in the ultimate End Game.

Still want to be a golden god?
Posted by Chris Kutalik at 10:18 AM 4 comments