Regimental Goats, Bounties, and Free Pasturage for All: News from the Hill Cantons Returns 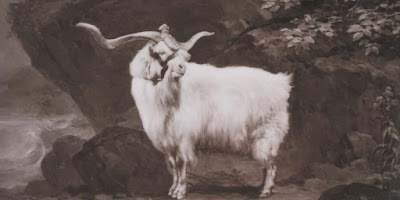 We return to our regularly scheduled program of fortnightly updates from the Hill Cantons campaign.

Agents of Koza the Regimental Goat have been spreading the political gospel of the horned exile through the Cantons this month. The Weal-and-Chaos platform of Koza has great if subversive appeal to the enlisted Black Army ranks and rural lesser classes especially the newly rolled out Free Pasturage for All plank.

Last month's horrific murders and cannibalistic debasement of Pilof, the second son of Subgraf Androj the Unsubtle, in the wilds of Upper Marlinko Canton during a routine investigation into unlicensed witchery has produced suspects after a Seers and Wainwrights Guild consultation. A bounty of 7,500 gold sun has been issued for the restorative justice deaths of the so-called Revoca Seven. The Brothers of the Other Mother are however extending an 7,257 weregild price (base weregild plus oracular reimbursement and a “stocking fee”) has been generously extended to the perpetrators.

Widespread pig-rustling and petty warfare has broken out in the Translittoral Canton of Heimbutboch (spelling variable by monthly whim of the editor). Local sources say breaking with recent tradition this round of conflict is more of a “card-driven affair.”


Hisfytla the newly-crowned queen of the Amazons (western branch) is holding a lavish contest in which outlanders are invited to captain large combat barges “long-term leased” from the Eld in a battle of wits and valor. Qualified contestants will be supplied with a barge and crew of male-helots. The winners are promised a 2,500 silver “balsaccs” (extremely-large Amazonian coins worth 5 of your masculine tainted gold suns) and magical accouterments worthy of your ranked status. Losers will be granted special lifetime entry-level positions in the Regal Torture-Harem.