And the News from the Hill Cantons

What Ho, Frog Demons is finally out (print is still behind due to some more snafus with the printing of the maps and other quality issues, give us another week) and with my real world campaign runnings dwindling it's time to get back to the Hill Cantons campaign again. Hurrah! 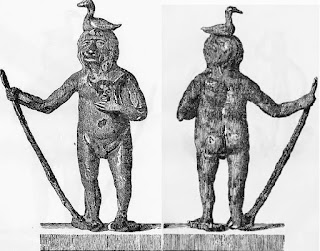 And now the News from the Hill Cantons...
Hruz resin diviners at the Temple of All Pahr Gods on the Feral Shore speak of the Great Humbling and Relife of Radhošt/Radagest, a time of cosmic divergence in which the least dying of the Old Pahr deities is said to walk and work among mortals again after being tossed from the Firament of the Sky Dome after his divinely scandalous romance with Nocchula the Lady of Flame Orchids Beyond the Mural. Indeed wild rumors of a diminutive, hirsute, and suspiciously snaggle-toothed migrant field hand stepping in eleventh hour to bring in the dank-hops harvest, muck gorgon stables, club recalcitrant contrada dues supporters, and other proletarian tasks have flourished all through Marlinko Canton these days. 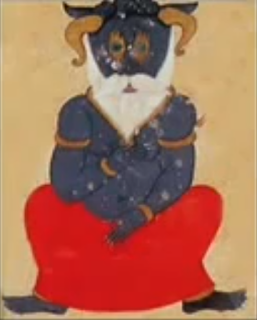 And well now some news from Himyar the Scarlet Sultanate...

Crystal rose blooms from the Xobi, the cold rocky wasteland deep in the Weird along the southern edge of that continent, are fetching record prices in the satrap town of Iltasiin. Namoj, the half-Kezmaroki bazaar merchant, is not only paying top gold suns per pound but will also throw in two husk-zombie porters for returning parties (control amulet/suppository included for a modest additional fee).

Ilmuqah the True Moon, the bull-headed patron-god of Himyar, will accomplish the final of the monthly disembowelments as he prepares for the annual wintry ass-kicking of the Sun Lord. Raw lightning, dark nights and frankly embarrassingly masochistic shows in front of northerners is likely by by fanatic worshipers over the next two days.

Travelers in the wooded oasis of Chaseribad should beware of a pack of Şüräle, single-horned, long-fingered cousins of our more familiar forest Leshy. Beware creatures offering “deep tissue massages”-- they mean it and their tickles can bring saves versus death itself. 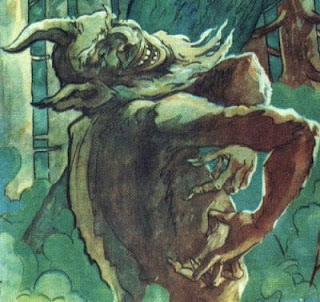