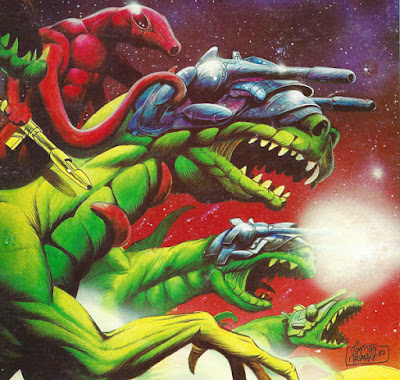 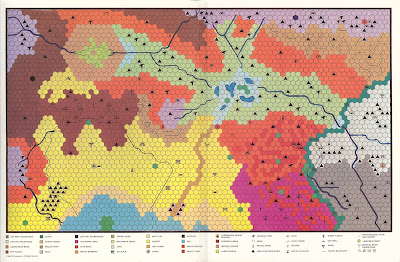 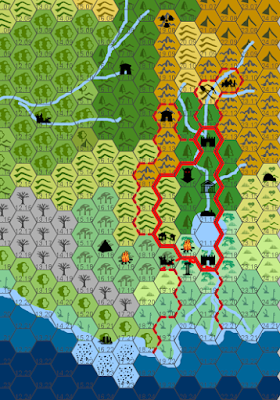 All of this kind of design takes a little work, but has a big payout in my experience in breaking up the boredom of large stretches of terrain with easy to transmit and grok variation. Unwittingly and not always for the best of reasons, it's a route I stumbled into with the Feral Shore where the hex scale is even smaller--at two miles per hex--and wildly varied. Above is just a small, explored part of that map, you can see all three lessons at play.
Posted by Chris Kutalik at 9:36 AM 3 comments