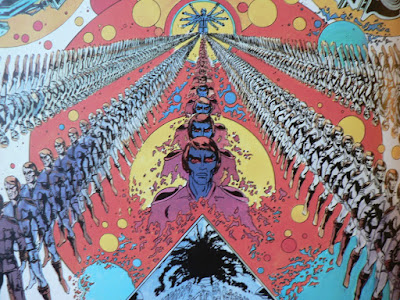 The Building Dynamic Sandboxes kickoff post felt a bit light without some of the supporting entries so instead of waiting until tomorrow I am going go ahead and post Part II. (There will indeed be a Part III centered on Faction Dynamics, NPC Actors, and Notebooks, likely Monday).

Beyond having a regular campaign news cycle and building less static encounter charts, I've found having generators for large-scale regional or realm-wide events to be extremely helpful in injecting fluid situations into the campaign. My personal druthers is to concentrate on (or at least having on hand) generators that are either escalating (with PC-action and NPC triggers) or random --even better is when I can manage to combine elements of both.

The Chaos Index. If you've read Slumbering Ursine Dunes or Fever-Dreaming Marlinko, you have perhaps an inkling of what the Chaos Index is. The Hill Cantons has a campaign conceit in which human civilization is hemmed and battered with supernatural/mythic/faerie zones known as the Weird. Because the boundaries between the Weird and civilization tend to move back and forth I put together a track similar to what one might find in wargames.

The track moves up and down when actions inside the game either roll back the forces of the Weird or trigger greater chaos. As the track escalates away from the baseline the afflicted campaign areas get more anarchic and stranger. When things get to relatively high levels things get really odd and start to set off various events.

One, of course, doesn't have to buy into that kind of pretentious cosmological shenanigans. Something like the Index can just easily be adapted for any escalating situation in your campaign: the ebbs and flows of a war and its impact on the surrounding countryside; the rise and fall of a sinister looming great evil/dark overlord, etc.

But let's go back to my Chaos Index for a concrete baseline example. Here's are a few index-related excerpts from Fever-Dreaming Marlinko.

Now that's pretty elaborate and takes some heavy lifting in terms of thinking about the variables that might apply to your own campaign world. The idea is to capture movement, no need to overdo it.

And, hey, truth be told I use a way more stripped-down, loosey-goosy version at my own table most of the time. I tend to take notes at the end of a session and make a fast and loose judgment call about whether I should move the index. “So the players killed the Ernest Borgnine wizard creating badgerman clones in his vats?” That's going to ratchet down the Weird a slot. “Oh they broke open that lead-sealed chamber containing Nezarr the Aborted, well thats four slots upward.”

Similarly what happens as you hit each level of escalation doesn't have to have a fully-developed chart. One can just as easily seat of your pants as I often do. “Oh this week the Index jumped up pretty high. So that must mean that the war against the kozaks is spiraling out of control. Let me say make it twice as likely that players will encounter a kozak warband.”

Event Charts. Event charts and similar mechanics have been with the tabletop hobby for a good long time but are strangely underdeveloped and neglected by designers. Wargamers of the 1960s-70s frequently employed random chance cards in battles and campaigns, a phenomena that got ported into Dave Arneson's Blackmoor with interesting and sometimes hilarious results.

Oriental Adventures fielded one of the few examples of a good overarching and flexible system for generating events in an old school D&D product. OA's system has multiple levels of magnitude. Big ticket events are diced once a year, medium/regional level events monthly and small-scale daily events are nicely cross-indexed to terrain (and produce some immediately actionable type things like discovering a lost ruined temple and the like).

Though it produces some events that are either or culturally-off (and I want my campaign-shaking events coming in more frequently than annually and monthly) it's an easy system to adapt. The general architecture fits in nicely with the routine of campaign news that I think is important to establishing good habits. I will admit to relying on OA's system quite often when I get stumped for ideas.

Surely you have some personal favorite campaign events systems? Designed your own? Jacked it from Birthright or some other product? 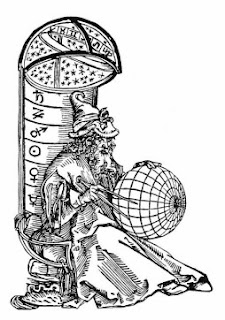 Undoubtedly many of you sandbox vet GMs out there have a host of your own, feel free to lay them on in the comments.
Posted by Chris Kutalik at 10:13 AM 1 comments