Painfully silly Google Plus tangent riffing is a powerful force in my psyche these days. As inspired by a tangent there about today's earlier post. 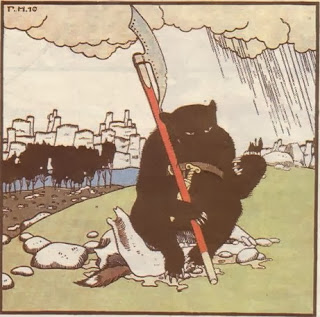 The creeping influence of the Weird has made the border cantons of the Overkingdom world-famous for their quirks and eccentricities. The chilly northern Marches of Nur are no exception and one of their sharper peculiarities is an undue fondness for military companies entirely staffed by anthropomorphic bears.

Nurian Soldier Bears are direct descendents of the mad experiments of that sadly misguided naturalist and wizard Tredvell Muyr. That he was ultimately mauled and eaten by the beast-kin he so lovingly raised from animal brutality failed to dissuade the Nurians from keeping them in service. For sure only a heart made black by jaded calcification can not be moved to great sentiment by a lumbering column of these creatures drawn up in tight parade ranks.

Soldier Bears, when the pre-hibernation wanderlust is on them, will often part from their barracks-dens for tours and adventures of the Hill Cantons. As such they can be encountered paw-fishing in local mountain creeks or taking hireling odd-job positions in the Guild of Condottieri, Linkboys,Roustabouts and Stevedores.

Though considerably smaller than their feral counterparts, Soldier Bears are fierce fighters with their much-beloved polearms, gaining a +1 to damage when employing them.
Posted by Chris Kutalik at 12:13 PM 6 comments 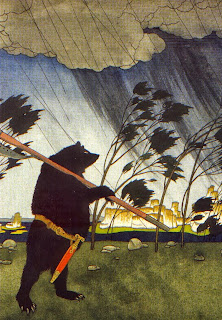 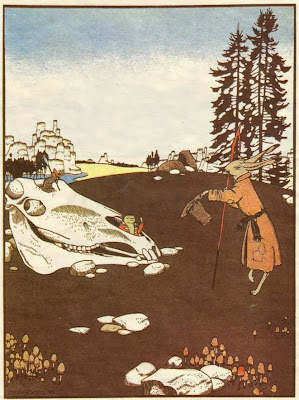 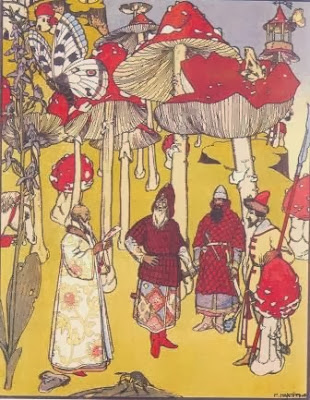 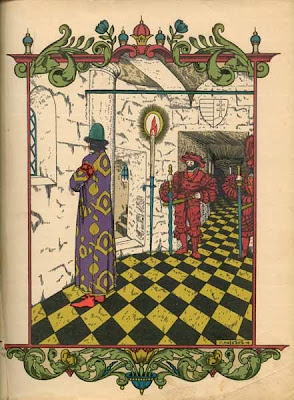 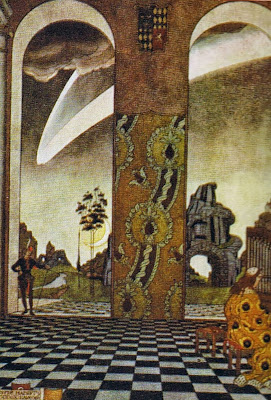 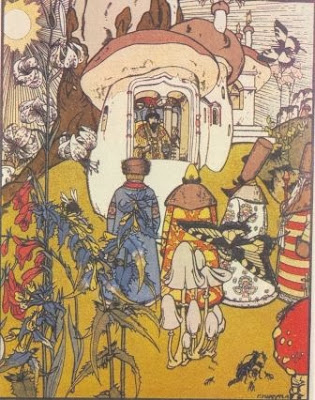 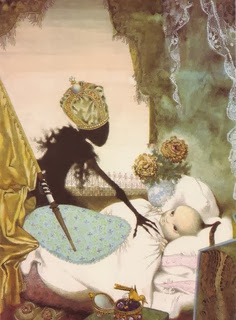 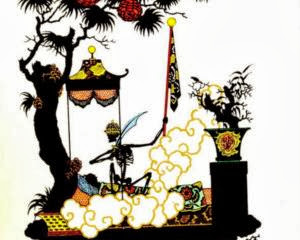 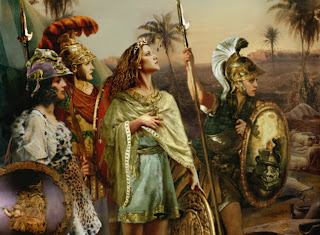 For Barbarella the one and only amazon of my heart.

Zem, the turtle-borne world of the Hill Cantons, bears not one but two great nations of what are ham-fistedly called “Amazons” by the weak of imagination.

Both tribes claim a common founding (and likely apocryphal) figure the great Queen Dwar Kin and a similar martial and matriarchal bent to their cultural ethos, and despite their differences in psycho-geography and language, they exhibit a rather remarkably consistent culture.

Those of Oiorpata, that distant and exotic isle near the resting point of the Sun Lord's daily ride, are a fine, strong-boned, if verbally assertive race noted for their love of high-crested, baroque helmets, polished armor, and knitting circles. World famous is their biennial Ebon Festival of the Pearls, a soiree that marks both the climax of the black pearl harvest from the swamp-polyps and the victory of that muscle-bounded race of maidens against the invading forces of the Overkingdom in the Twicefold Battle of Vague Suggestiveness, now some 112 years ago. It is said that the high-point of the festivities is the public bathing and drinking by their much-feared, rubenesque queen of the blood of 12 male lovers. 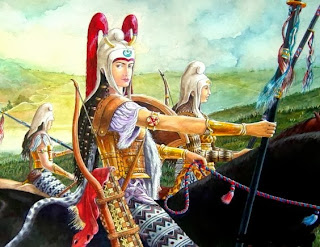 The amazons styled as the Bila-Urkithians are a semi-nomadic race who ride the eastern reaches of the Sea of Grass. The “White” Urkithians favor wildly-stripped, baggy trousers in defiance of their more patriarchical neighbors, the Pantless Barbarians, gaily-colored tassels, and phyrgian hats or helmets. Though thinner-boned then their western sisters, they are of a durable and fierce nature, particularly hating all forms of the romanticized Amazonomachy so beloved by Overkingdom court painters. They are ruled by a council of elected Hetwimmin who meet annually to organize a massive, and mostly peaceful demonstrative march through the Hill Cantons.

Western Amazons by way of their life-long training and aesthetic choice are masters (mistresses?) thrown or hurled weapons, most notably the pilum (a heavy javelin delivering d6+1 damage), lasso or atlatl, gaining a +1 to hit and an incredible extra 30 feet of range with such weapons. They also deal +1 in damage in melee when striking with a spear.

Amazons as a willful race save as Dwarves.

They so despise those weak-willed men who encase themselves in gothic-plated cocoons of steel that they may only wear armor of chain (or half-plate) and under. 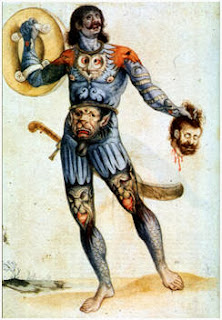