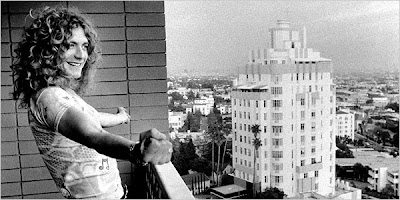 I finally got around to reading that letter from Gary Gygax in Alarums and Excursions (July 1975) that was making the internet rounds recently.

There's are a handful of marginally interesting historical insights in it (full text here), but the one that I fixated on was this one about a religion in the original Greyhawk campaign: "I recall...that in Greyhawk we do not have existing religions included, for this is a touchy area. We have such groups as "The Church of the Latter Day Great Old Ones," Church of Crom, Scientist", "Brethren of St. Cuthbert of the Cudgel", and so on."

Google searches revealed Mike Mornard saying on Big Purple that he started those running jokes with neutral characters going to the "First Church of Crom, Scientist", Lawful characters being "Mitra's Witnesses", and “Chaotic characters belonged to the "Church of the Latter Day Great Old Ones" (nee Lovecraft)." Further searches had Rob Kuntz confirming the actual existence on the Greyhawk city map of the both the Crom and Old Ones temples.

It's hard not to love that bit from before fantasy gaming became Serious Business. The mix of pulp fantasy with absurd humor hits a sweet spot and reminded me of how vaguely disappointed I was about the mostly dullish deities revealed in Dragon magazine circa 1983. We had been playing in our own corner of the published setting for almost three years already with a strange and eclectic mix of gods and the like, the canonical “newcomers” seemed so anti-climatic.

I have written before about how religion in the Hill Cantons campaign tends to distantly mirror my own all-over-the-place ambivalence with a (mostly gentle) emphasis on the human vanity and absurdity aspects.

Recently we even had the introduction of a somewhat cargo-cultish brand of medieval Catholicism thanks to the battlefield conversion of an evil high priest by the interdimensionally-hopping Father Jack. Vatek, son of Vatek, is not the best of listeners and throwing into the mix his rarely sober spiritual mentor and lack of doctrinal materials, he's created a rather distorted, dionysiac mystery-religion version of worship of the “Blood Jesus.” With nun-maenads and a small flock gathering around him I am sure this is going nowhere serious.

That the events above were player-triggered gets me around to my second point. One of the exceptions to my disappointment with the Greyhawk canonical deities were the “quasi-deities”, mythic heroes just below demi-gods in status. Some of them were explicitly mentioned as having been PCs in the original campaign such as the gunslinger and swordsman Murlynd, a character of TSR co-founder Don Kaye.

Those mentions and the half-page section in the first DDG on “Divine Ascension” (which is a surprisingly easy if power-gamey process by the book) totally grabbed us at the time. Our “end game” was never really about carving out a wilderness hold—though we did that—but about that megalomanical drive to ascend to demi-god status. In retrospect it seems nuts, but it was there and there in spades in how we played around that time.

Now obviously the BECMI series would come along and institutionalize that as the ultimate power arc, but do others remember the earlier reach for the stars? Did it play a role, even if just a distant and never-obtained carrot (as it was for us, fortunately)?
Posted by Chris Kutalik at 11:08 AM