News from the Hill Cantons, Both Real and Fictional

A quick update on my personal Ahabic project, the Slumbering Ursine Dunes Omnibus, TLDR version: the alpha version is going to be released today exclusively for my long-suffering Patreon backers, Hill Cantons players, and the usual frauds/ne'er do wells/vagabonds I associate with.  (Never fear the print version and final PDF in its full Bilibin-ish, Lukaesque, Kalinite glory will be coming in a few months when Radegast permits the crowdsourcing to begin). 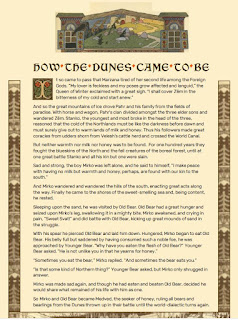 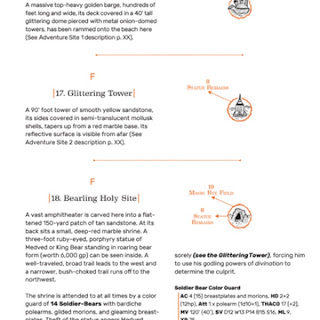 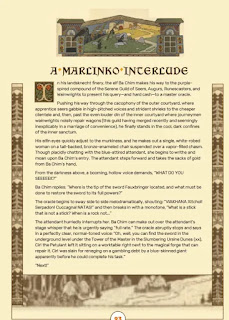 It lacks some art in the design holes but this is essentially its final form content wise and will be more or less what one sees when the hardback edition (and it will be in glorious high quality because that's what I want for myself selfishly).  It's wild to think that the entire Slumbering Ursine Dunes series kicked off with a modest wee kickstarter in 2015 will finally be coming to an end point. I never expected to see a few, too easily promised stretch goals launch five books of material but here we are.

And guess what? I am actually running the Hill Cantons campaign again after a few years of the players being lost in eternal slumber deep inside Revoca Canton's infamous mesa (ruled by of course The Wizard of the Mesa). I have a whole new notebook of material burning a hole in my bookshelf and in need of playtest so hmu if you are a long time reader and always wanted to play online in said campaign.

And now the real news of the Hill Cantons...

Yesterday's bi-lunar eclipse has caused quite a commotion in the cantons. Vast shadowy winged metallic beings were seen by some winging their way along the porcelain dome of the heavens moments before, leaving some to wonder if the two disks had been stolen from their metal tracks.

Boumila the Bountiless has returned from a far voyage on the stout if strangely-named caravel, the Flux of Doom. The crusty sea-lass spins wild tales of the land of Cockaigne where the plum brandy runs in streams, halushky grows on trees and where no dice are rolled for saves. She is hiring for her next voyage.

Posted by Chris Kutalik at 1:19 PM