The Worlds of the Cantonment, Part 1 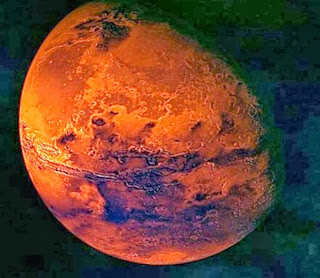 Veles Subsector (Rimward subzone only)
0109 Nova Marlankh B5658A8-B G
Terraformed world ruled by the loving yet firm hand of the Indomitable Overlord. Freedonia D333575-8, the current arena for the Coupbox, orbits the innermost gas giant in this system.

0207 Unarres C3326622-9 Poor G
Arid little world that served as the birthplace of the Autonome movement. Known for its interminable consensus meetings and interpretative dance routines. Seat of the Bolospace Council.

0304 Xhom C10036A-B
Tiny, barren microworld housing the original Robodwarf mothership—and a place of exile for the most recalcitrant and disobedient of that strange replicant race. Urban legend says that deep under its crust lies a covert massive poison-gas manufacturing facility. Bullshit or not, a full-strength battalion of Astro-Marines keeps an uneasy eye on the planet.

0304 Planet X D479736-7 G
A near water-world, what population isn't clustered on the small equatorial island chain lives on the backs of great chained sea-turtles. Ruled by the Golden Kandive and his ministrial cronies.

0801 Outpost Nine C446353-9 S  Non-Industrial
Windswept, hard-times homebase of exploro-bolos. The Cantonment's foothold in the subsector with a newly established base of the Blackstars.

0501 Unnamed E577668-3 Non-Industrial, Agricultural G.
A mesa and crater filled world where the low-lying areas unbreathable by humans at sea-level due to the presence of great coulds of organic red buds. Human civilization clings to the tops of mesa-lands and seems to be held captive by a xenophobic alien race inhabiting bases on the black ice southern polar region and the planet's moon. Massive abandoned space hulks hang mysteriously in orbit.

0302 World-Steppe X686541-2 Non-Industrial G
A fair, pleasant world dominated by a large supercontient and vast grassland-like interior. Predominant culture seems to be a relatively-low tech group of nomadic tribes that travel the steppes in giant sailed-wagons. The native handcrafted goods are quite beautiful and recent contact with an unscrupulous exploro-bolo has begun a craft-for-autorifle trade exchange that undoubtly will have little effect on the cultural/political life on planet.
Posted by Chris Kutalik at 12:47 PM