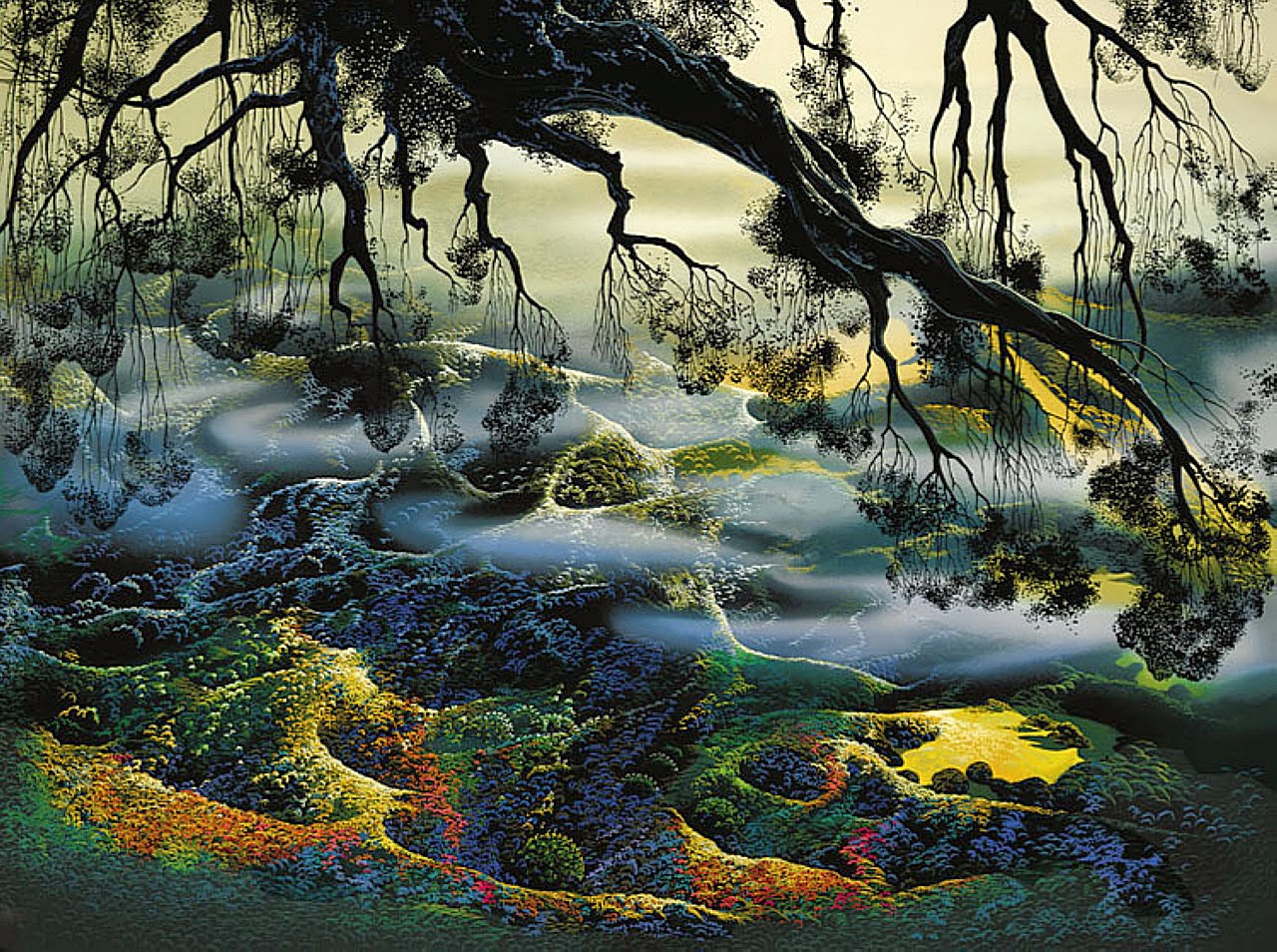 Somewhere in the middle of yesterday's discussion—and work day--I got a chance to sneak in two hours of cross-continental anarchy and laughter in Harald Wagener's Sylvan Realms online game.

While the game was straight-up, by-the-book Labyrinth Lord, it doesn't have a single standard player class. Instead we had a short-list array of thematically-linked classes: Forest Gnome, Witch, Warden, Enchantress and War Bear (do you have to even ask what I ended up playing). Each class had unique quirks and abilities. Marcy the witch (which subbed in for our first War Bear casualty) had her potions, Gnorman the gnome his weasel animal friend (which for a round my slain War Bear's spirit managed to possess).

Our opening information was pretty bare bones, a list of terse bullet points. But it like it instantly had a good deal of off-vanilla flavor a lot of nagging little mysteries: no human settlements, no real civilization other than the lost elves. Just a 30 mile by 50 mile section of wooded mythical wilderness, geographically isolated from whatever the hell the larger world is.

In other words, despite lacking an elaborate setting elaboration, it was most definitely a special snowflake setting. It was unique, interesting and in its hardwiring instantly signaled a particular flavor: dark fairy tale.

For see you don't have to have—and indeed it probably works better to not have at the get go—tome-like setting description, long sweeping historical accounts, continent-wide maps, etc. It can grow up bottom up from a simple, but personalized base through play and work outward to whatever it wants to be.

You don't need it to be achingly weird or be another one-up in the Gonzo arms race that FLAILSNAILS at times seemed to be in the Google Plus scene. You can even take rather staid and familiar elements like that of enchanted woods and fairy tale creatures—and then toss in a 30-foot blind essence-dreaming freakzoid from the Chtonic Codex and hit all my sweet spots (while scaring the piss out of me).


Tomorrow I defend the comfort food joys of Vanilla D&D fantasy for balance.
Posted by Chris Kutalik at 10:57 AM