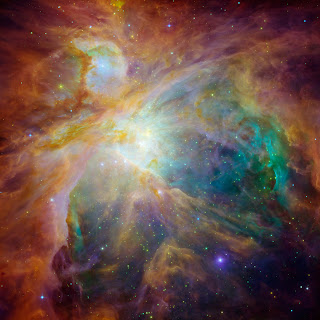 Two days later they begin exploring the western sets of rooms. Most are relatively empty with ancient wooden furniture that collapses on touch from the centuries of neglect. Behind several sets of doors at the western end they hear shifting noises. Opening one of the doors the Black Ratter narrowly avoids being buried by rubble tumbling out of the collapsed room behind. Even more dangerous seems the trail of shifting movement right under the surface of the rubble. Rapidly backing off the party pushes back grabs one of the bodies of the spearmen they now dub “elves” and comes back to heave one onto the rubble pile. A two-foot diameter, eight-foot long “mauve” worm snatches up the corpse in its ravenous mouth. Pavise the fighter sinks an arrow into it, but the party backs off thinking the fight not worth the gain of exploring a collapsed room.

Backtracking to the first chamber they enter the eastern set of double doors, yet another large chamber very similar to the last one lies beyond. Like the last there is a simple marble dais and an intricate floor mural (this one charting constellations unknown to the skies of the Overkingdom—and the movement of an unknown scarlet planet). And like the other, there are eight red-robed guardians. Unlike the other though they are armed with long bows and clustered in the two far corners. As the Black Ratter enters the room looking for traps he is hit and nearly killed by one of the barrage of eight arrows let loose by the silent archers. Erak slams the doors shut and the heroes retreat for a war-room session.

After healing the Black Ratter back from the edge of death, Mattias calls on the Black Ratter to help use his bow to take out a few of the archers in their newest “cunning plan.” The thief in a fit of bad morale and sardonic agnosticism tells him where to go. Whereas the resulting theological argument proceeds in a draw for the monk, the promise of a bigger share of the gold mask haul speaks more convincingly.

They decide on forming up a shield wall made up of the tear-drop shaped shields looted from the previously-slain “elves”. For the most part it works, magic missiles and other spells bash out one group and the arrow barrage mostly miss the mark. The barbarians and the fighter bum rush the group in the other corner and swiftly dispatch them.

The mostly-empty eastern chambers are similar to the last set with a one notable exception: a lead-sealed glyph-warded door in one of the middle hallways. After much deliberation—and trap-searching—they simply decide to ax it open. The lead seal breaks free and a broad marble staircase with frescos detailing processions red-robed spearmen looms before them.

Posted by Chris Kutalik at 6:41 PM