Whither the West Marches? 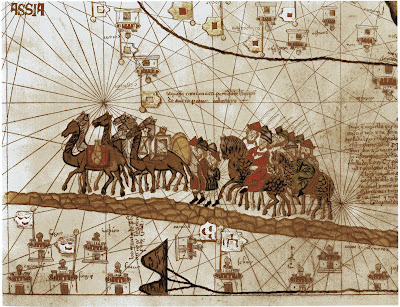 Running a West Marches-like campaign was something of a mini-trend in old school D&D circles at the tail end of the last decade. I should know because the eponymous campaign this spawned this blog was itself explicitly modeled around the concept in the early spring of 2008. At that time there was a beautiful array of much-blogged about campaigns running based on most if not all of the principles of the WM.

For those unfamiliar with the West Marches it was an “experimental” wilderness-oriented sandbox campaign run by Ben Robbins (the scare quotes denoting the fact that it was something very close to the kinds of campaigns of yore). The major features according to Robbins were:
1) There was no regular time: every session was scheduled by the players on the fly.
2) There was no regular party: each game had different players drawn from a pool of around 10-14 people.
3) There was no regular plot: The players decided where to go and what to do. It was a sandbox game in the sense that’s now used to describe video games like Grand Theft Auto, minus the missions. There was no mysterious old man sending them on quests. No overarching plot, just an overarching environment.

Other major defining features were a ban on “town” adventures; hexless, vector-based wilderness trekking (West Marches has often erroneously assumed to have been a “hex-crawl”); an encouragement of player-driven goal/self-organization; and a high degree of developed micro-detail when it came to wilderness and dungeon sites (each small region had a highly-tailored encounter table, landmarks and other often glossed over features had more emphasis, etc).

That it became a fad of old schoolers isn't a great mystery, Robbins' clear, articulate, widely-read dissection of what made his campaign work happened to coincide with a number of key assertions of the old school play style. That he ran it with 3.5 didn't matter, it was about the the literal meaning of “radicalism”--the paring back to get at roots--that held such great appeal. Such a precision focus on site-based, player-driven exploration was a winning concept.

But looking around today at all those related experiments I am struck by the fact that 3-5 years later all of the ones I am familiar with are gone. While the Hill Cantons campaign is still in fighting form, thriving even thanks to Google Plus, it has certainly evolved way beyond many of the defining boundaries of the WM. Over-aching plots, great mysteries, and urban adventuring—hell, the last two months of the campaign have been inside the confines of a single city—have become more and more the order of the day.

So where did all the West Marches go? Victims to the demands of adult life? Did the format feel too constraining? Or did they just simply evolve (as it did here) as the sands of the box lapped into other spheres?