The Value of a Damn Good Nickname 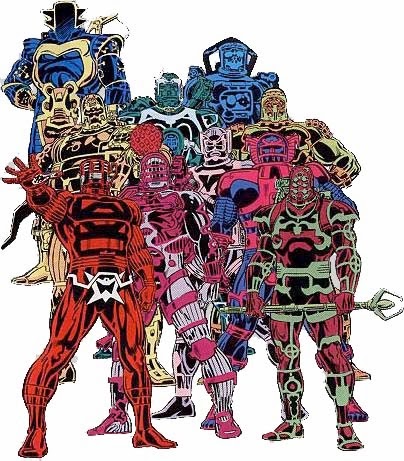 Last week I had a chance to finally play in the irrepressible Robert Parker's Krul and by play, of course, I mean die horribly by my own hand after 45 terrifying/exhilarating minutes of being lost in the dungeon and firing my stolen rifle like a maniac. Among the many colorful and nifty house rules (the downtime mechanics are a delight) is a very simple rule that I love dearly: on achieving third level the PC can choose an appropriate nickname (usually of the “X the Whatever” variety.)

This pushes all my buttons the right way, as a player I am awfully fond of the “pretty, shiny beads” types of status awards, the kind that have little to no mechanical effect other than bragging rights or peacock-like displays. But as far back as the pre-gens in my first module, B1, (“Kracki the Hooded One,” “Mohag the Wanderer” and company) I have also just happened to love the hell out of archaic nicknames.

Near my desk sits a copy of the Steel Bonnets, a narrative history of the Scot-English Border Reivers feuding and raiding, by the author of the scumbag-extraordinarie Flashman series. One chapter in particular is well-marked for inspiration, a chapter wholly devoted to the weird and wonderful nicknames earned the hard way in the period. It starts up with the somewhat pedestrian but nevertheless colorful examples based on local geography, rank or relationship: “Jock of the Side”, “Hob of the Leys,” “Sim the Laird”, or “Whitbaugh's Andy.”

From there they just get wilder, reveling in strange, offensive appellations and best of all those won in actual exploits on the field. There's the Elliot brothers going by “Buggerback” and “Dog Pyntle”. There's David “Bangtail” Armstrong riding along in history next to Archie “Fire-the-Braes”, “Ill-Drowned” Geordie, “Nebless” Clem Closer, “Fingerless” Will Nixon, “Crack Spear”, the odd “Laird-Give-Me-Little”, and the mysterious “Hen-Harrow.”

Research for Feudal Anarchy uncovered an amazing variety of similarly satisfying nicknames. Many just piled up in ecstatic proportions. I mean who could turn their back on “Catherine de' Medici Jezebel, the Barren Wife, the Black Queen, the Eclipsed Consort, the Italian Duchess Without a Duchy, the Maggot from Italy's Tomb, the Merchant's Daughter, the Monstrous Regiment of Women, the Mother of the Modern High-Heeled Shoe?”

The Hill Cantons in fact are sloppy with these kinds of constructions. My usual formula being a “one-letter off Czech, Slovak, Slovene, Archaic German, or Wholly Fantastical name” THE “in-joke, archaic occupation, lovable underused word, or bad pub.” So thus the Marlank playboy-philosopher Jarek “the Nagsman,” the addled sage Slavo “the Salacious,” the doleful bandit Libor “the Lugubrious,” the god-eating patriarch Ummas “the Unctious,” the cranky robo-dwarf Xhom “the Contumelious,” and so on down the line.


Having a nicknaming convention works fall around for me. On one hand it provides a silly, but consistent verisimilitude that helps me get in the right mood to create a NPC (I always, always start with the name). On the other it provides me with the kind of mini-game that helps me keep rejuvenated through the more humdrum operations of running a long campaign.
Posted by Chris Kutalik at 1:47 PM