Enlightened Self-Interest, Straits of Anian and the Dunes 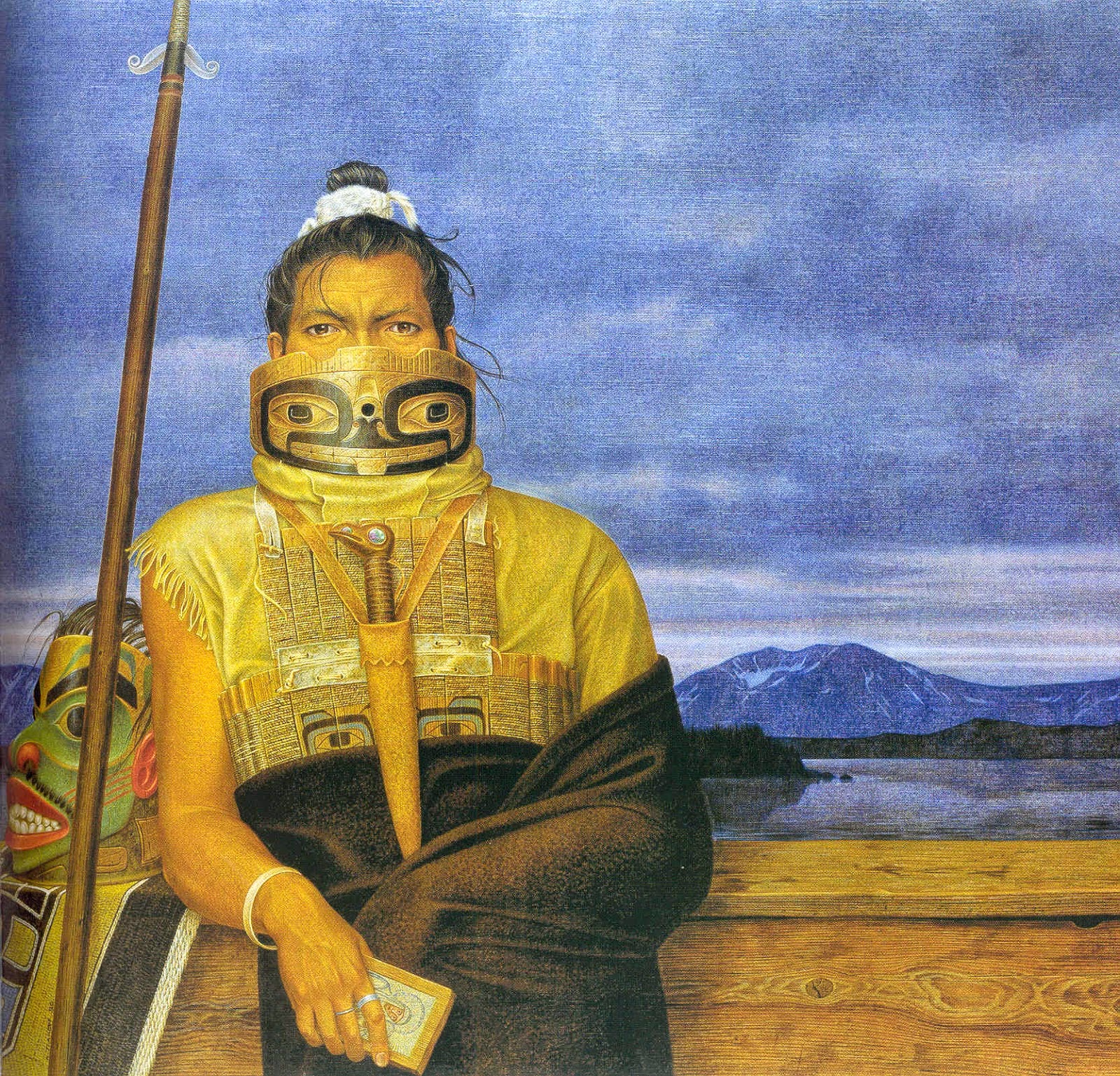 Yesterday you may have seen our incredibly dumb “Burma Shave” memes floating around social media announcing that the Slumbering Ursine Dunes Kickstarter launches September 15. Count yourself lucky (or not) if you did not. It's been a long haul and I'd be lying if I didn't admit to being an uneasy mix of pre-show anxiety, elation, stress and pride.

One of the tireless editors on the project that has been kicking my meandering verbiage into bootcamp fit shape (round six being done and we anticipate 1-2 more rounds after hearing feedback) is Anthony Picaro who writes the infrequent but pure gold blog Straits of Anián.

Somewhere in the middle of all those rounds of editing, Anthony started talking about a 5e conversion of the Dunes he was doing for his home group where the setting is changed to a near-real world mythical wilderness with heavy Native American influences. I absently nodded and said “that's cool”--but then I sat down and read his conversion notes. Every bullet point on that doc was evocative and richly reimagined.

An excerpted, very minor spoilerish fraction of the rough pitch to see for yourself:

“Setting changed to 1830s northern California, in the area of Fort Ross (furthest south of the Russian-American Company’s outposts – about 80 miles north of San Francisco)...Slumbering Ursine Dunes then identified as the Bodega Dunes, 18 miles south of Fort Ross.


Kugelberg becomes the Rumantiev Homestead (Zaliv Rumantiev is what the Russians called Bodega Bay), home to ship jumper Yaromir & his 4 creole sons (names also Russified). They grow beets and cabbage. Rumors abound that Yaromir is a living saint, that his seemingly unsinkable canoe contains in its construction a shard of the True Cross, that it flies through the night and will save the truly devout from drowning if they call out to Our Lord, but rational minds have no time for such claptrap.


Medved becomes Old Ben-Ben. All references to him that the party will have access to before entering the Dunes will be as a giant bear, or the Father of All Bears. Ondrj the Wereshark becomes Andrés the Were-Sea Lion. His Reavers become the Sea Wolves, a band of raiders gathered from Haida Gwaii, with a 70’ long, elaborately carved war canoe with mast.


The Eld become Lemurian warrior-spirits imprisoned beneath Mt. Shasta (Penglai) who can only influence the world through possession / “channeling”. The local groups are influencing an outcast cult of Fusangese (Chinese-descended inhabitants of NorCal /Oregon) who accept possession willingly. All the named Eld in the module are the names of Lemurian spirits (Sir Eld becomes Ramtha the Enlightened), nameless Eld are unpossessed wannabes.


... In 255 BC Qín Shǐ Huáng sends Taoist sorcerer Xú Fú to seek the Elixir of Life across the eastern sea with thousands of servants & slaves. Turns out he’s been bumming around in “Fusang” aka North America since then, as the Chinese emperor only discovered in 499 AD through the testament of Buddhist missionary Huì Shēn, long after they had gotten all weird and unknowable.”

My immediate selfish thought was “I want this fully realized and in print, so I can luxuriate in it.” Fortunately he wrote a good deal more, 11 pages about half as much as my original draft without the various appendices.

Which gets me to the enlightened-self interest part.

The Kickstarter goal is pretty modest, a low $1,500 mostly to cover the costs of David Lewis Johnson's art, editing and layout. In the event that it does overfund, we were pretty firmly set on offering real expanding stretch goal content for backers and not junky crap (cough, cough belt buckles).

If we squeeze above that double funding goal of $3,000 Anthony's reimagining becomes a whole new module as a freebie for backers. Which again totally selfishly I want. I mean who the hell doesn't want to take the role of beaver-trappers wander another weird-infected dunescape battling sasquatch toll collector and dodging Lemurian warrior-spirits?
Posted by Chris Kutalik at 9:57 AM