The Dunes are Nigh and Other News Labor Day always heralds the traditional end of Summer, even if someone always forgets to tell the sadistic weather gods that rule Texas. As the season winds down so does work on the Slumbering Ursine Dunes project.

With five editing iterations under its belt--and a last final one for good measure--Slumbering Ursine Dunes is pretty much done. Now unto the part where I work through my knee-jerk anti-commericalism and go into crowdfunding mode. Most all bits of the Kickstarter are in place and we just need a few more “t's” to cross, expect to see it officially launch early next week.

An update on what interested folks can expect:
1. More art and cartography from David Lewis Johnson. The drop-dead gorgeous cover is now in its final stage (that's it above) and all the black and white interior art is looking to be quite good. Our very first stretch goal at $2000 will cover packing in more of his great work.

2. Immediate gratification with the draft PDF. The artless, draft 50-page PDF will be sent to all backers, including a $2 “test drive” pledge level, shortly after the drive starts. Feedback naturally is always welcome.

3. A modest-priced top pledge tier with lots of goodies. For 25 bucks a backer will get the finalized PDF, print 50(ish) page adventure and a package of past and backer-exclusive Hill Cantons PDFs including By This Axe (medieval-fantasy minis rules), By This Poleaxe (pen-and-paper rules for running battles in Old School D&D), The Dunes Run Red (a mini-supplement with battle scenarios for the Dunes), and Hill Cantons Cosmology (a backer-exclusive run-down of gods, godlings, special clerical powers and myths).

4. Non-junky/schlocky stretch goals. Forget the belt buckles, the project stretch goals will focus on getting more content into your hot little hands. The second stretch goal will help us produce a two-page “cheat sheet”, an organized digest version of relevant room, site and monster descriptions to help cut down on having to hunt through the full version during play.

All other stretch goals will add a heap of new dungeons and adventure material--including a total re-imagine of the Dunes that puts the players into the roles of trappers in 1830s Northern California where they’ll encounter the weird inhabitants of a “mythic America.”

5. Hydra Cooperative (re)launch. The Dunes Kickstarter rings in the first product of what we expect to be many by the newly-reborn Hydra Cooperative, a revival of my idea to run a worker-owned/DIY-oriented rpg publishing outfit. (Hydra is as of last month an officially recognized “member LLC” in Texas, more about it and upcoming projects later this month.) 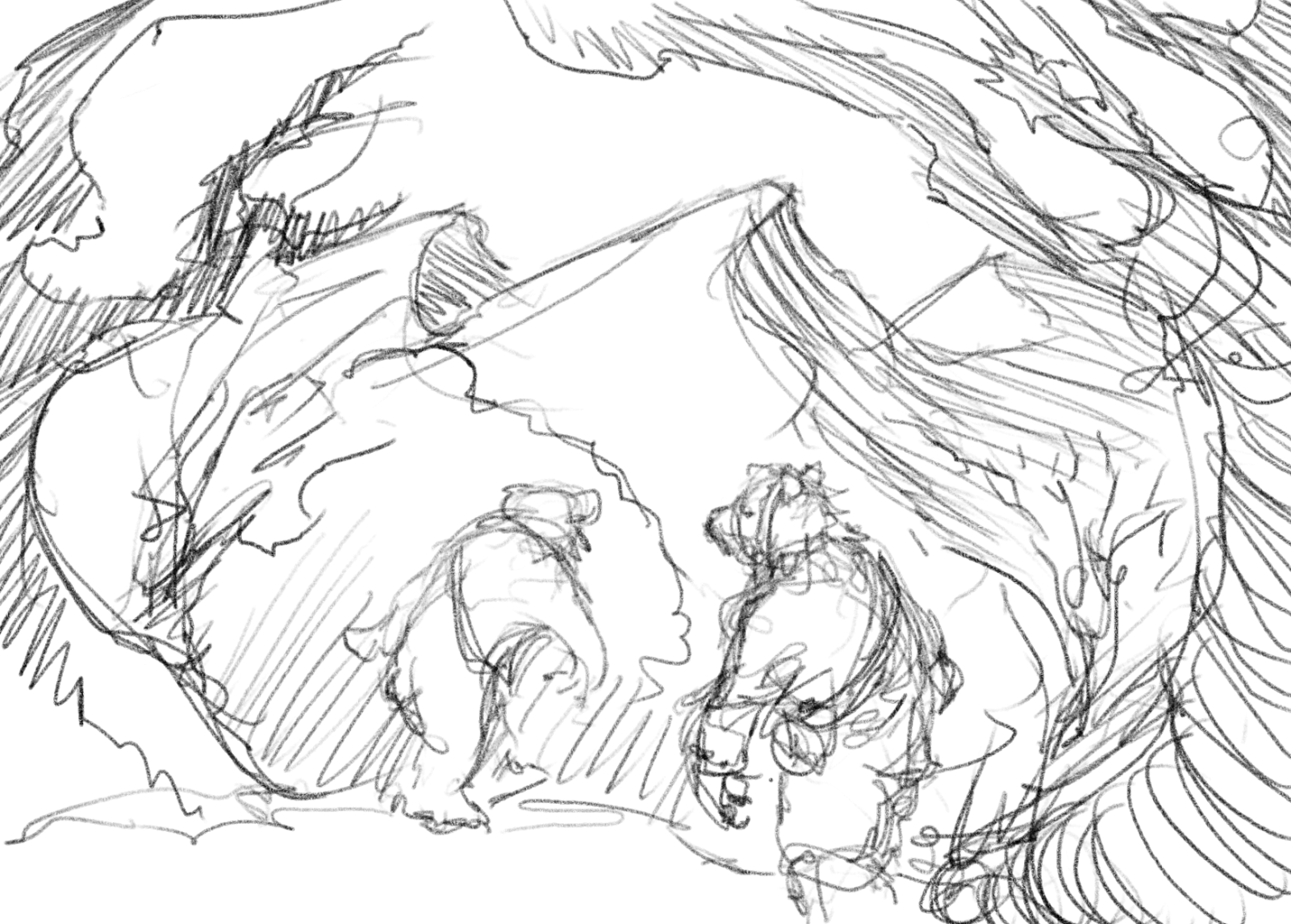 But now the news from the real world...


The Rada of Marlank, in an apparently arbitrary fit of borderlands pique and Pahr identity politics, has decreed that the southern cantonal city will heretofore not be referred to its Nemec exonym and may only be referred to as “Marlinko.”Official reasons remain mirky but one Rada councilmember anonymously stated that it “reminded them too much of Fritz.” Local residents continue to call the city whatever the Cold Hell they please.

Speaking of Marlan...err Marlinko, tiger-wrasslin' has come back in vogue thanks to a self-proclaimed “Master Beastmaster” newly immigrated from points south. Local characters willing to go toe to claw with a lovable furry orange killing machine should inquire with bon vivant Jarek the Nagsmen. A 500 gold sun bounty is offered for anyone who survives the match.

Travellers on the Muth trade road claim that the always mysterious Slumbering Ursine Dunes has “doubled itself.” The salt merchants bizarrely maintain that the region seems to be twice as big as the last time they passed and exactly identical in its features. The western dunes appears however to be "somewhat blurry."

That melancholy metropolis of Kezmarok has been strangely quiet the last three months. The Monarch Formerly Known as the Decade King has stated that “in one months time our year's worth of plans will come to fruition and our Great City will be restored.” With a dramatic and heroic flourish he pointed to the northeastern horizon.
Posted by Chris Kutalik at 11:56 AM