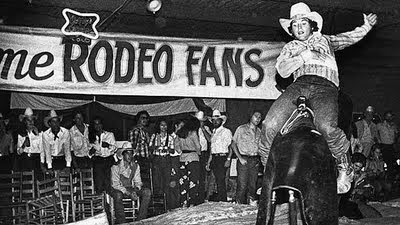 The Texas folk-country singer Robert Earl Keen once said about his abortive bull-riding career:
“I don't know how many of you have ever ridden a bull. But it's like getting in your car and riding down the freeway at 70 miles an hour--and then chucking the steering wheel out of the window.”

Well my bull ride with the Slumbering Ursine Dunes Kickstarter is over. It wasn't quite as dramatic as Keen's 15 seconds in the rodeo, but I definitely had a few wild moments. They don't tell you in crowdfunding basic training just how emotionally up and down and work the campaign itself can be. I'm both simultaneously both exhausted and exhilarated.

Though tired I am fired up to do more writing—and more gaming. Through all this madness--even up to the profoundly weird and wonderful session last night in which Tazrun the wolf-raised thief rescued his twin brother from his “kept man” status in Brazona—the weekly Hill Cantons game has steamed on.

Over the next several weeks I will be running some open games for backers both as a thank you and a playtest of some of the new material we are busy tacking on the mini-sandbox. The games will mostly be online on Google Plus but hopefully we will also squeeze in a face to face game or two down here in Texas. Drop me a line if you are interested.

[The rest of this post is a modified excerpt from this afternoon's Kickstarter update, posted for killing proverbial two birds with one stone purposes]
Early this morning the project crew and a sizable number of backers and players counted down to the end in an impromptu Google Plus video hangout. Though I would have been happy and content to have merely funded, coming in at 543% funding, $8,152, and thus hitting every single stretch goal frankly floored me.

Touching way beyond the money was the earnest support of many of you in the broader DIY and old school gaming communities. The sharing and encouragement that helps one feel like all the struggle and effort was worth it. Kickstarter has an interesting, backend array of ways to track where money is coming in and one can tell more or less accurately where pledges are coming in from. Seeing hundreds coming in from the efforts of fellow bloggers, gaming forum goers and Google Plus regulars (almost $2,000 alone there) was a tangibly heart-warming experience.