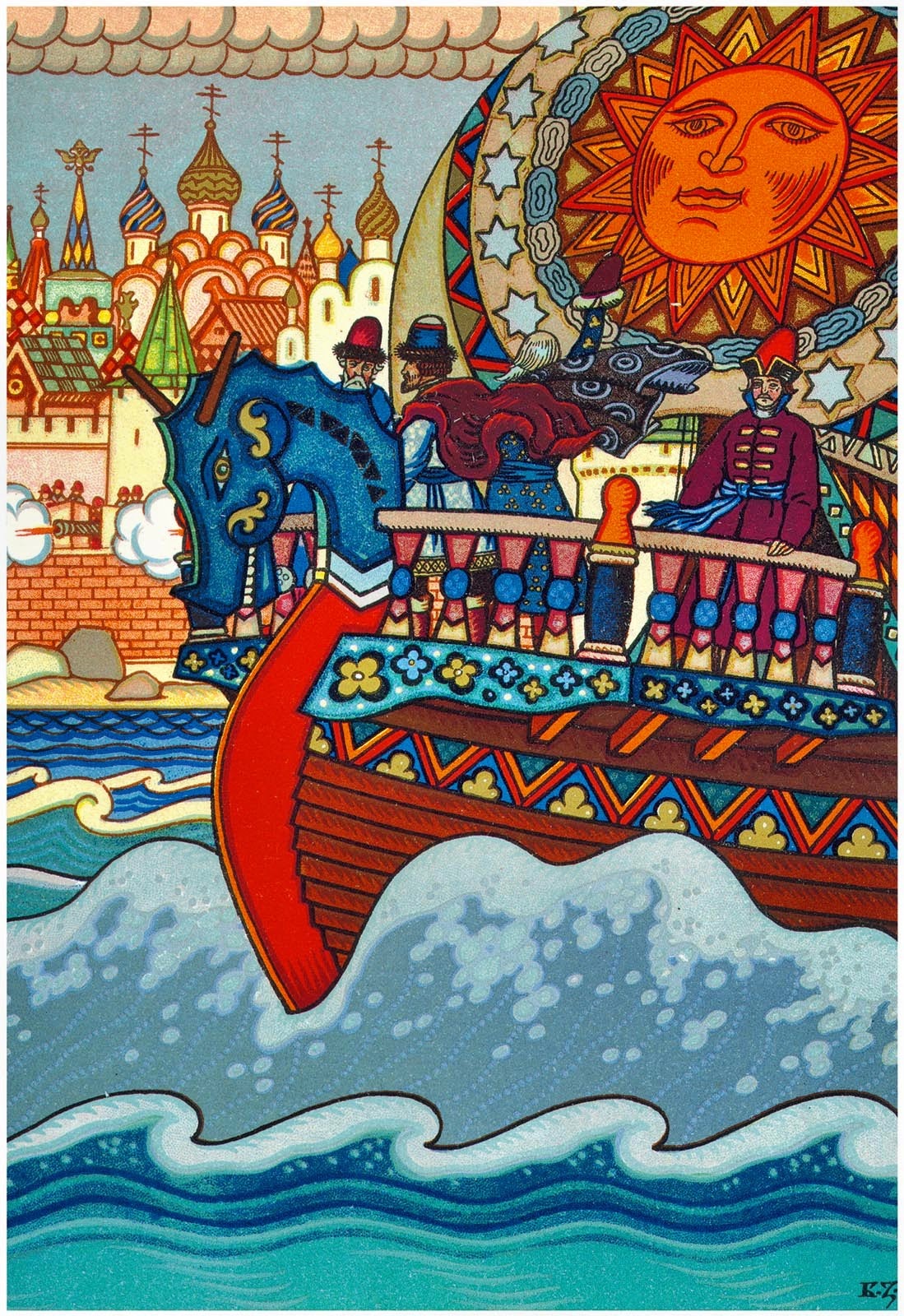 For some time I have been putting together a laundry list post of “best practices” for running long campaigns online. (The current weekly Google Plus game is rolling into its fourth year—about half the life of the whole Hill Cantons campaign.)

One of the biggest hurdles of running games online is social cohesion. There is just something about the lack of direct human contact that ratchets up the flake factor beyond the usual range of adult scheduling issues: players drop out of games within minutes of kickoff; gamemasters cancel sessions with wild abandon, campaigns fizzle after a single game; the video hangout freezes/drops/freaks the fuck out etc.

One coping mechanism is that you have to be a lot more conscious and deliberate about engaging players between sessions. Creating a campaign rhythm and rapport because vital. At the low end of the effort poll is creating a community page or other discussion and information hub, but I have found that it helps for a gamemaster to be proactive and create certain regular entry points for the players to be able to plug into and feel the dynamism of a campaign.

Beyond the weekly “take,” a combined After Action Report and loot/exp haul, I have churned out with on again/off again regularity a weekly news report as a “campaign cohesion linchpin.” Mirroring the exact style of 50-word news briefs I had to churn out each and every day for a while as a news editor, the reports invariably feature 3-4 points (that rarely go over three sentences) and an image. You can see examples here and here. 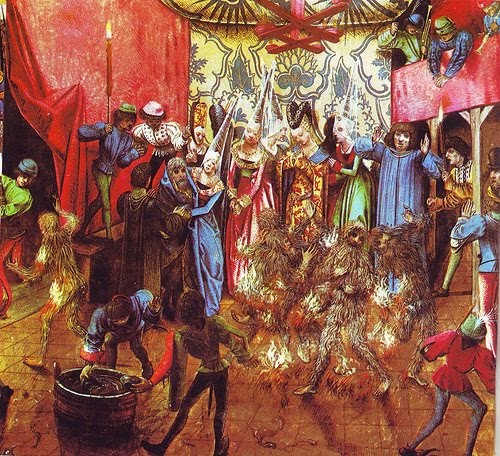 My campaign news briefs come in at least several recognizable stripes (often combining two or more):
Obvious Adventure Hook. The incredibly not-subtle, bang-you-over-the-head “here be adventure” hook. Usually involving a discernible mission, macguffin and/or defined bounty. This is always either an announcement that I have designed a new area or to a tease a site they may have missed in their sandbox explorations (hate wasting material).

Example: For five long centuries the sleepy Kezmaroki-ruled island of Ptuj has tolerated with a resigned shrug its sister isle, Tolmin, lost to the Weird. Last year alas Smok, a youngish offspring of the great wyrm Zirnitra herself, descended on great wings onto the House of the Axe, a shunned temple of the cthonic goddess called the Mistress of the Mountains. Terrified Ptujians, whose rural residents have become the favored snack of the great beast, are offering a substantive bounty for the slaying of the dragon: gender-appropriate nubile concubines, a small mountain of the island's vintage corn liquor, a local latifundia estate, and 10,000 suns of cold hard cash.

The Subtle Hook. Perhaps only subtle relative to the above is a mixed item (from the list below) that may contain a line signifying that an actionable adventure or geographic place may be interesting enough to warrant in-session exploration. The actual site or mission will often be obscured.

Example: Vatek son of Vatek, is claiming to have unearthed a 500-stone beet from his tenant farmer's field in the hamlet of Ctyri Ctvrt. Most strange of all is the twisted face-like blemish near the giant beet's crown. A local shepherd claims to have heard a booming voice emanate from the storage hut where it is currently housed two nights ago.

Oblique Background. The Hill Cantons has developed firmly in the bottom-up worldbuilding camp, accreting levels of detail as the campaign rolls on (really starting just as a wilderness map of a very small bounded area). I have a strong preference for presenting small interesting little bites than dumping large reams of setting info.

Example: The Blood Rains have swept into Kezmarok leaving syrupy, sticky puddles and residues throughout the city. The Patriarch has declared the ritual sympathetic mourning period to commiserate with our most holy Sun Lord as he suffers his silver-chained beating from his spurned former wife, the Celestial Lady. On pain of a hefty fine, all residents of the city must wear the customary mustard yellow through this period.

The Big Ticket Event. Most all long campaigns start to generate dramatic large-scale events; the bloody wars and earth-shattering cataclysms that make our world so lovable. Some of these truly huge events sculpt the world the players have to negotiate, others are significant and dramatic but may be actionable of the party (the latter here).

Example: Two weeks of inexplicable, furious flurry of activity in the Turko-Fey siege camps have been followed by an even more ominous development--a fusillade of shelling by the dreaded dragonne-cannons. While bonders have braced pikes-awaiting for the usual half-hearted sortie following the bombardment, the guns seem to have not abated in their fury. In the first time in the five centuries of the Kezmarok siege the outer of the three massive wall seems dangerously close to a breach.

The Whimsy. Quite often the last news item is an example of “I write whatever the fuck I want.” These on self-indulgent ocassion run over long from my usual “keep it quick” format. Shockingly also often these tend to morph into Subtle Adventure Hooks.


Example: Of the many family-dominated usury guilds to escape the collapse of last decade, the Frazas were among the most infamous in deftly transferring their massive debts back to the public treasuries of the cantonal councils. But long before this, they had accrued notoriety far and wide for another feat: the weaving of the Tapestry of Xvikz. A full two centuries ago, then Frazas family head, Franzoht Fair-Breeched, called on his dark powers to summon and bind the Xvikz, a demon from the darkest, deepest hell of high finance.

A great lover of petty humiliation Franzoht tormented the creature by refusing to put the dreaded demon's powers to appropriate use instead compelling him to weave a great commemorative tapestry from the velvety firmament of the domed heavens. That the required scene was both cloying and derivative only added to the sulk of the demon who plodded away needle point in hand. Years stretched into decades as the demon passively-aggressively refused to finish in a timely manner—and each successive generation of bull-headed Frazas refusing to release the demon in turn led to impasse.

Inexplicably fourteen years ago, Xvikz declared his last stitch sewn. Though the resulting tapestry was horrifically underwhelming, its unveiling was heralded as a major cultural achievement in Overkingdom aesthete circles and became a much-sought fixture of upper crust soirees in the borderlands.
---

Well that's it for today folks. Tomorrow if I have time/energy I may lay out some tips and tricks for both writing these suckers and generating the kinds of campaign events that motivate them.

Posted by Chris Kutalik at 9:34 AM