Art for the Misty Isles of the Eld

More than once already through the whole production of the Slumbering Ursine Dunes I have made a happy dance (not literally, because dignity) over the artwork. It's deeply gratifying about working with others who have immensely more talent in the visual arts than you to bring something appealing to life out of the word jumble madness in your head.

And by mad jumble I don't think I exaggerate, art direction especially at the has been at the highwater marks of work a strange free association. Describing the Eld to David Lewis Johnson and Luka Rejec at one moment I think the phrase “oh they bulb-headed Melniboneans in Geiger-like stormtrooper armor plus Bowie in his cocaine-fascist Thin White Duke/Man Who Fell to Earth period" passed someone's lips.

Strangely that not only seemed to make sense at the time but was something both of them could riff off of. I was pleasantly surprised to see where Luka went with his imagination with the early concept art for the Dunes stretch goal adventure, the Misty Isles of the Eld (an expansion that covers the pocket dimension with vat complex and “pagoda” city). Even the early work (keep in mind that these are quick photo sketches not the finished works) hit all the right tones, the dark fairy tale plus acid science fantasy vibe.

But let me show you and not tell. 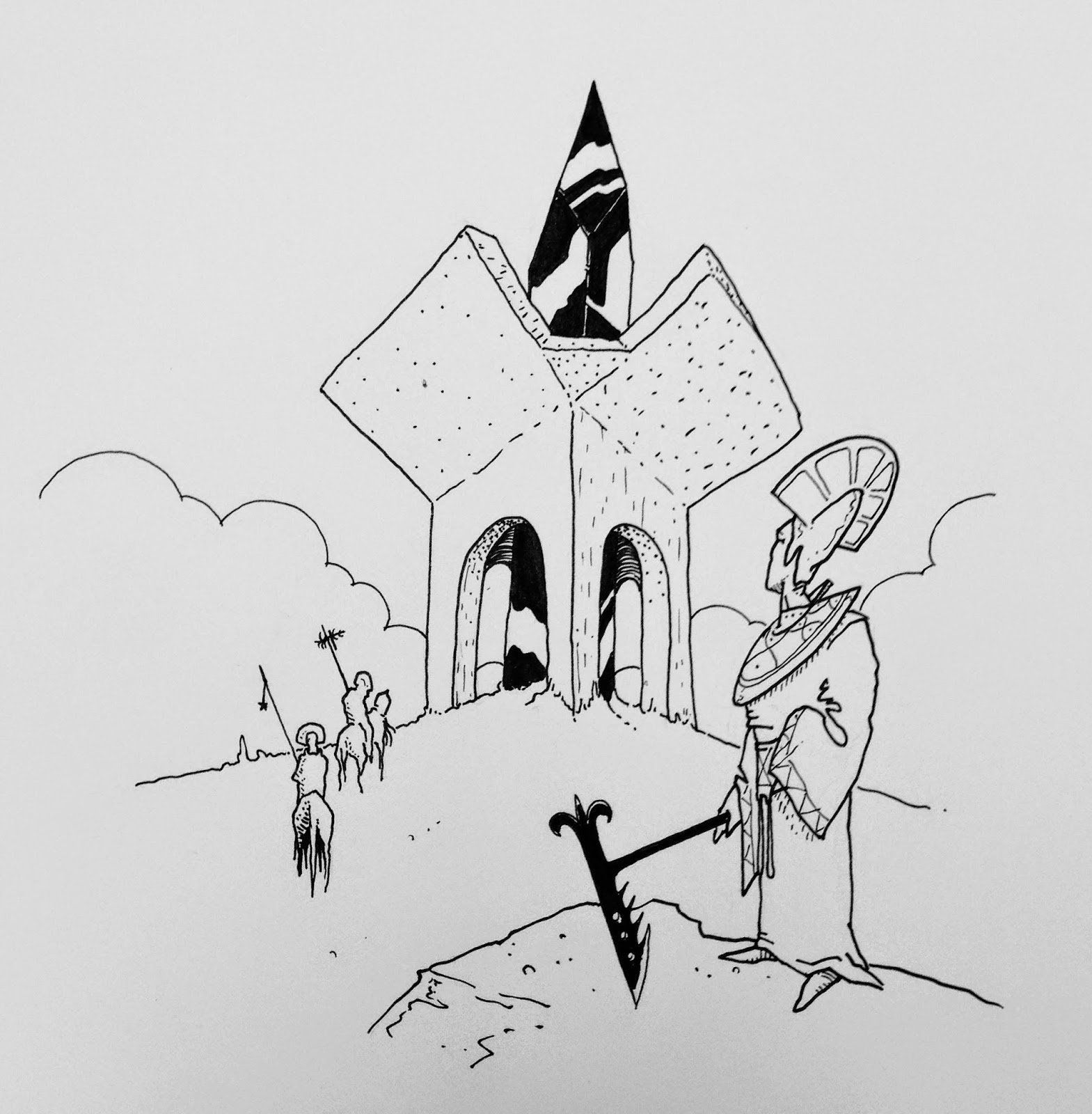 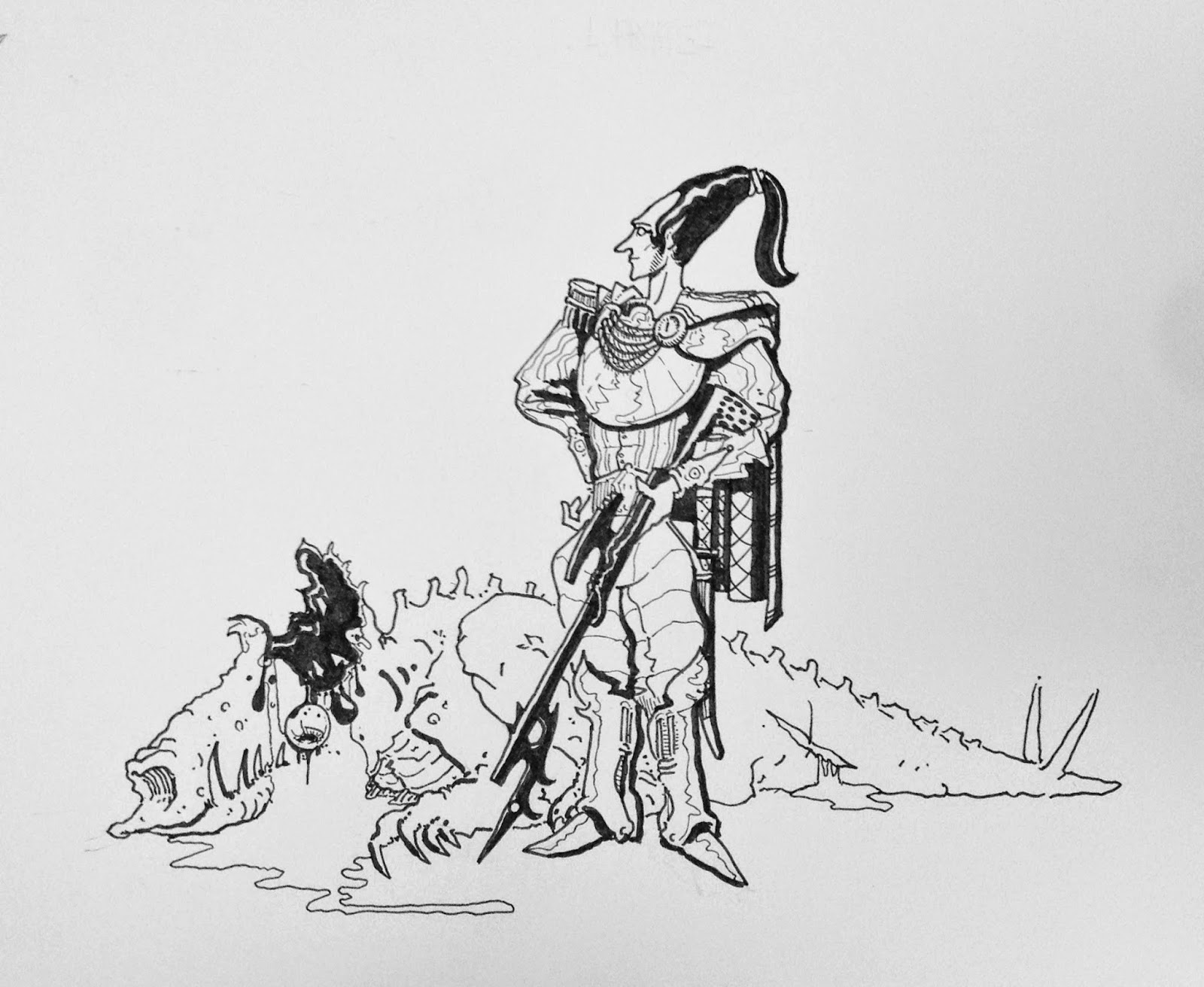 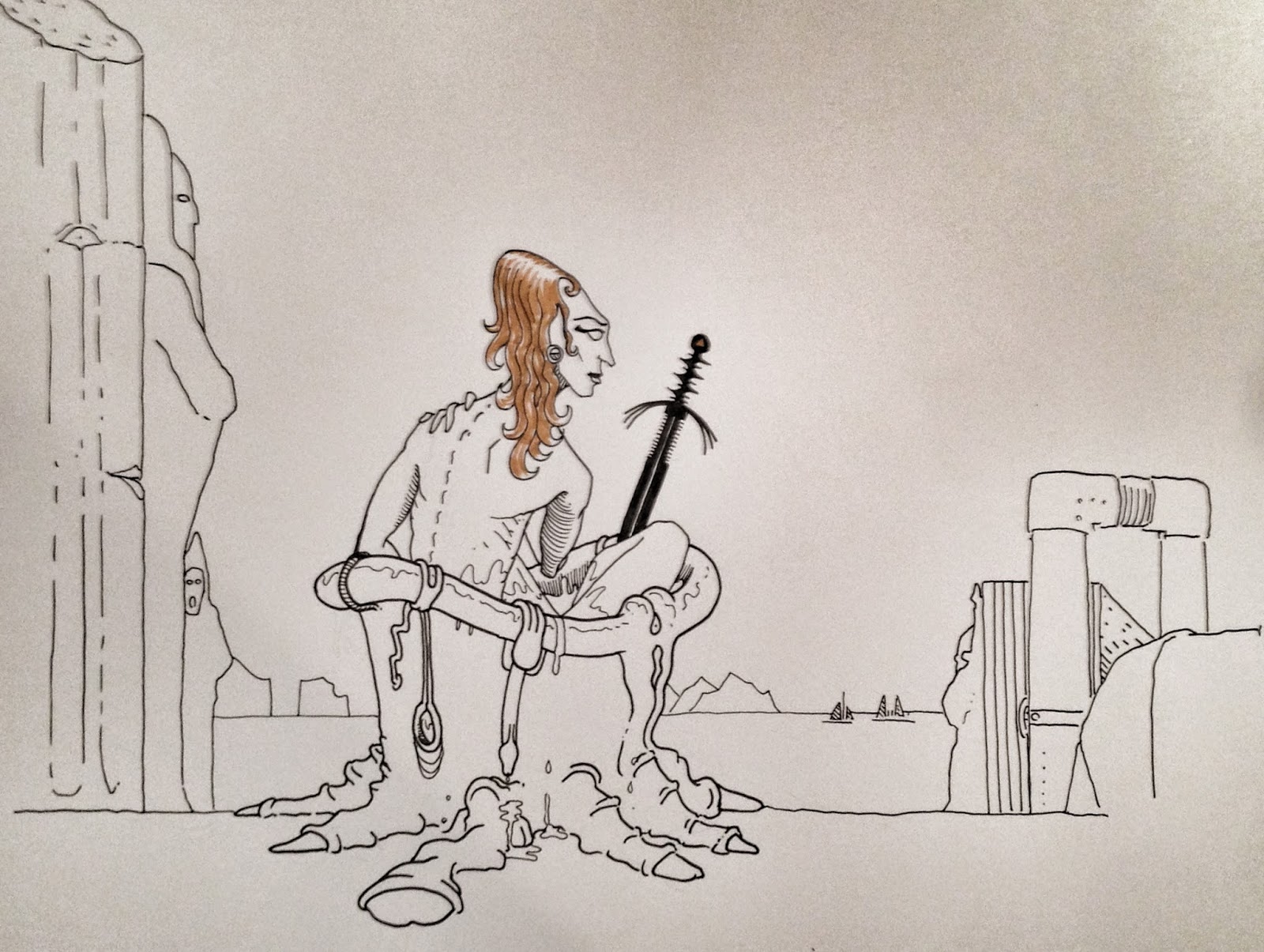 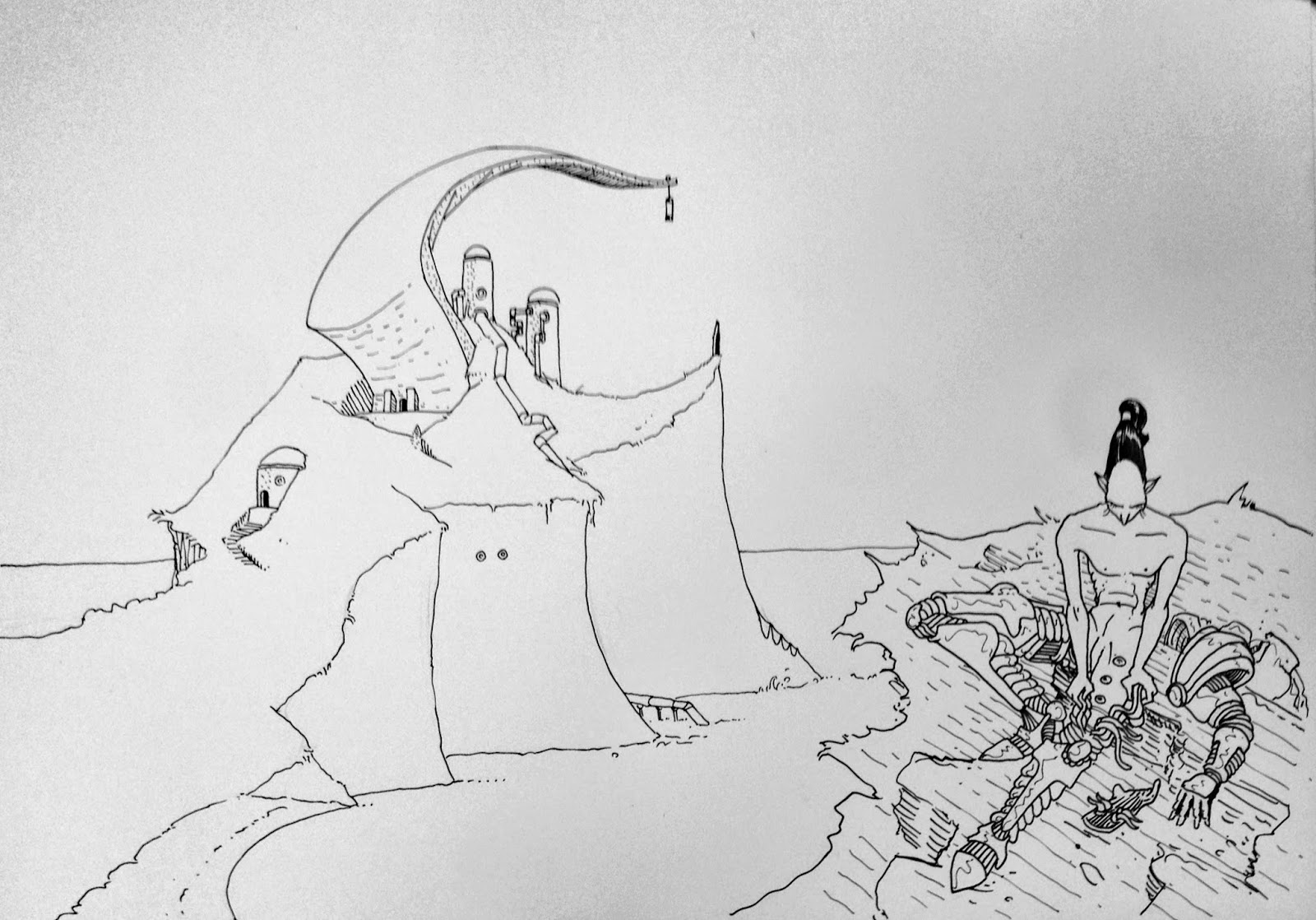 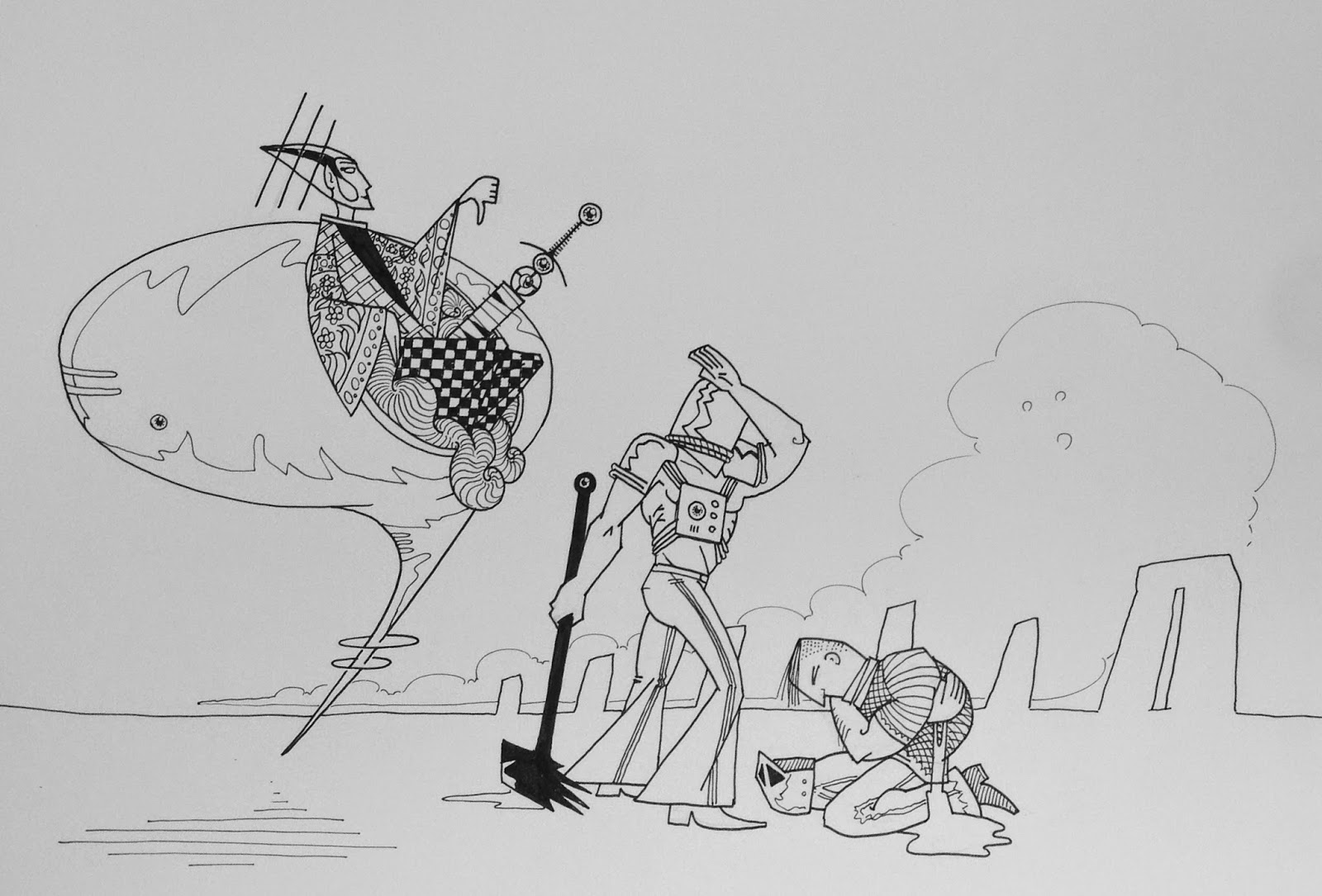 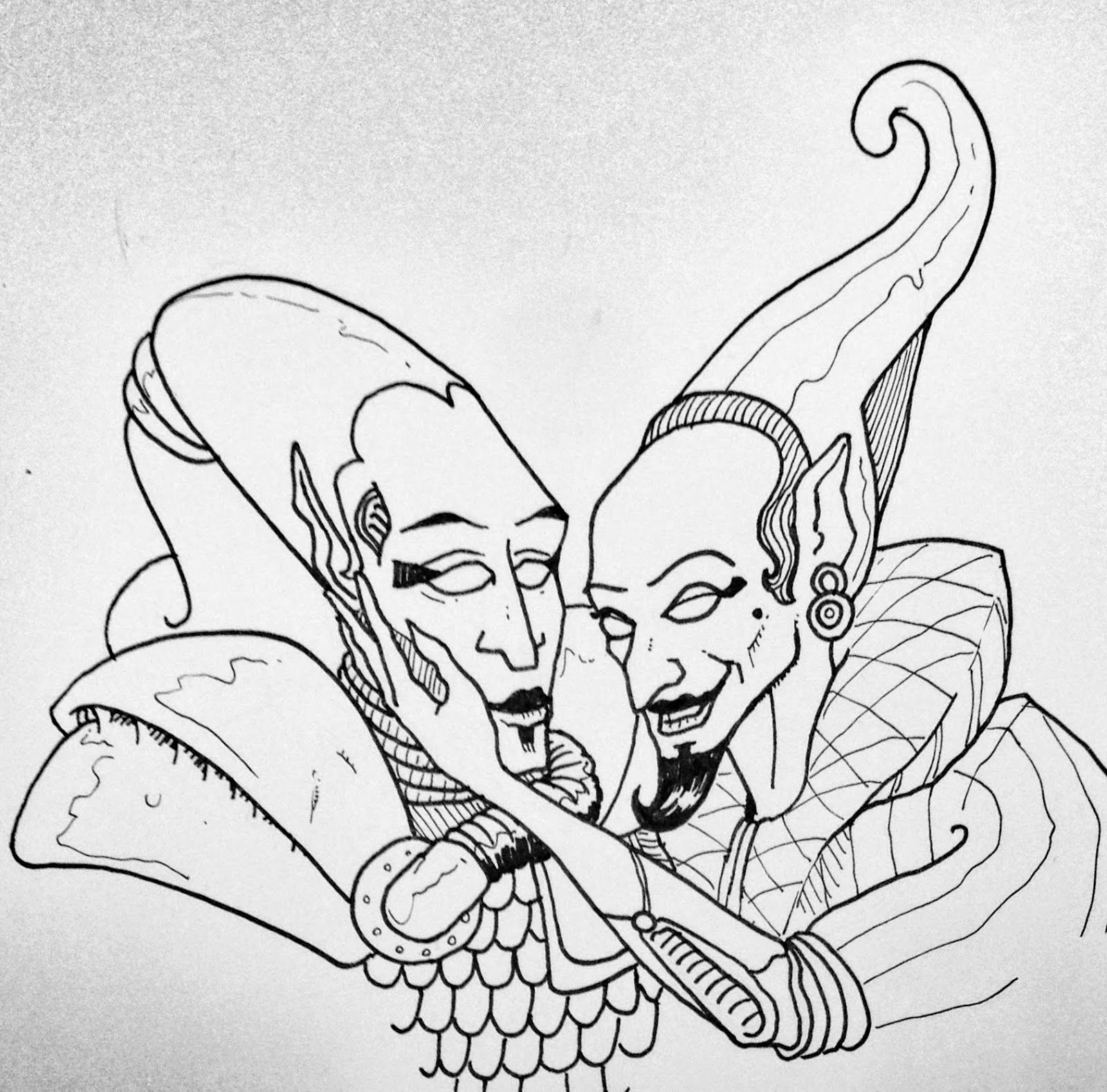 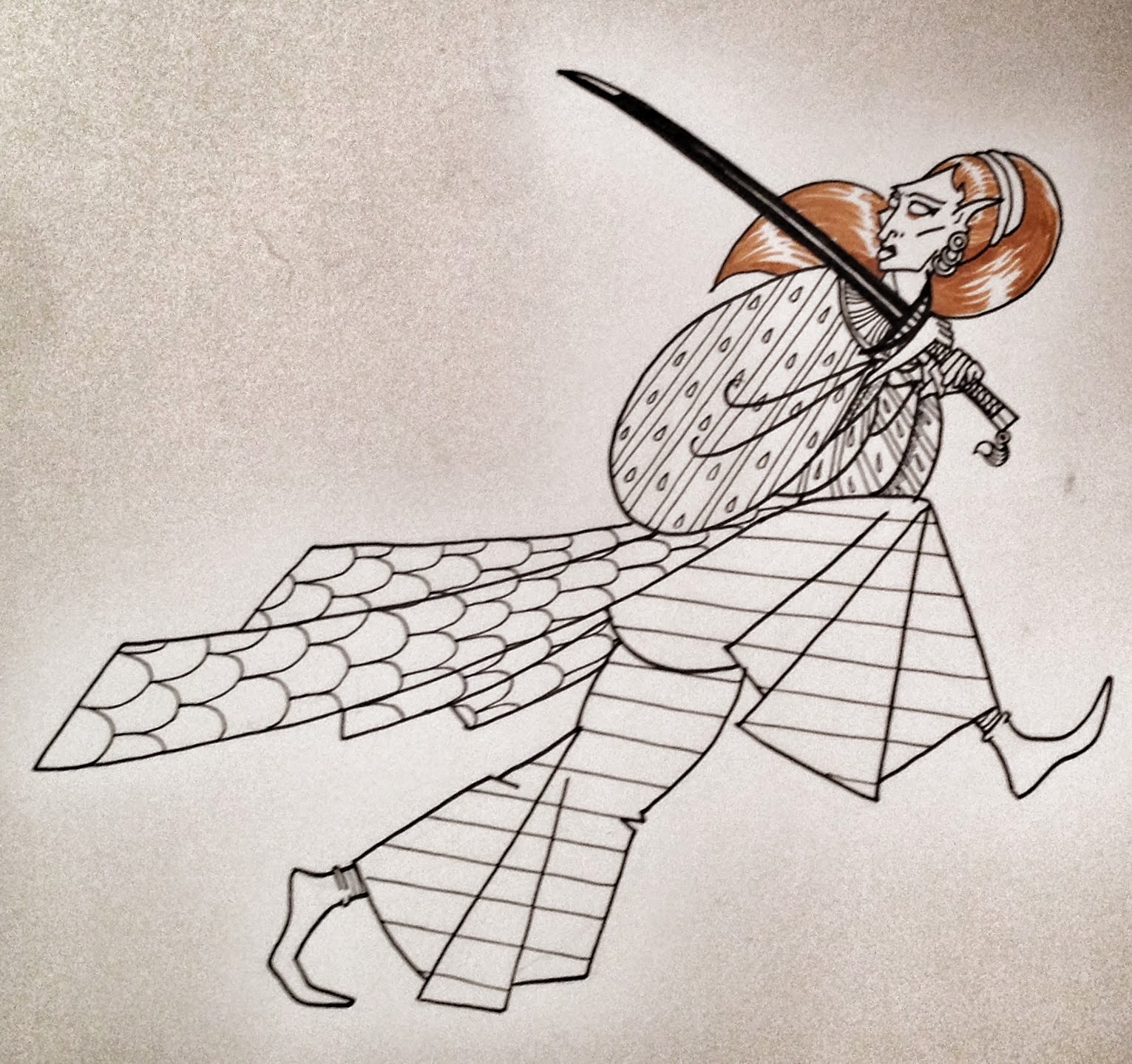