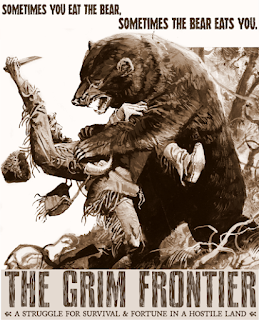 
Treasure and Artifacts. Treasure/artifact hunting is an important goal/activity beyond survival. Supernatural or high technology artifacts are rare, powerful and highly sought out in some of the sites/zones. Tradeable goods are important also for relations with other enclaves and getting badly needed supplies shipped in from distant civilization. Luxury items can be consumed as a base resource and provide significant advantages.
Posted by Chris Kutalik at 1:54 PM