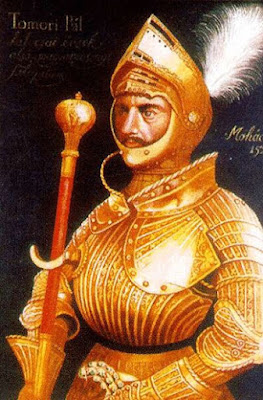 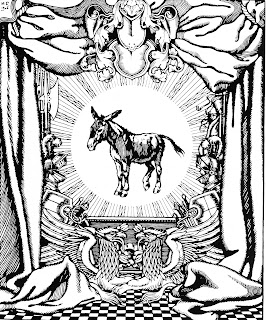 Mulmak the Unnicknamed, the wildly successful and seemingly unkillable local man-at-arms who has risen to a captaincy in the Feral Shore colony, was in Marlinko last week tersely and briefly speaking at a gala celebrating the opening of his new charity, The Beneficant [sic] Mutual Aid League for the Mild. The new charity house will help aid those afflicted and stigmatized by excessive modesty, a little known yet troublingly tenacious malady in self-aggrandizing Marlinko cultural life.
Posted by Chris Kutalik at 9:37 AM