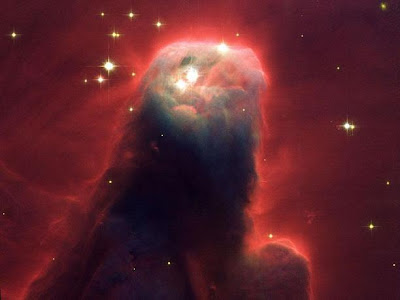 When we last knocked off (so much for the “you have to make it back to town at the end of the night” rule), or brave heroes (and lone heroine) were just entering the large pillared chamber lying behind the mysterious giant doors. Mattias the monk was probing the hell out of all things statue and had just reached out the tip of his staff to knock on the golden masks of the alabaster statue closeted to him.

The rest of the party suddenly remembering Old School Dungeon Rule #138 (That All Statues Must Come to Life and Try to @#$&* You Up) have all gingerly stepped around a sinking soft spot in the wooden floor of the chamber and backed up behind the double doors they came in. They are duly not disappointed then when with a soft, whirring sound up swings the sword arm of the statue. Mattias makes a hasty retreat back to doors as the eight warrior statues slowly lower themselves from their pedestals and begin clumping their way over to the party.

Closing one of the set of doors, they try and set up a chokepoint to battle the mindless automatons one at a time. A loud crashing noise from inside signals the collapse of a section the floor as two of the statues slide off into the nether regions of the cave system below.

The first statue through the door is a tough opponent though. And to the chagrin of the barbarians stationed near the chokepoint successful hits with their axes and swords (and failed Dex checks) mean that their edged weapons remain inexplicably lodged into the bodies of the statues for the duration of the fight. A number of quick, hasty (and hilarious) improvisations follow with the party making full use of various kinds of tackles, trips, pushes to knock down and pin their slowly advancing foes. Sister Anya with her trusty blunt-edged mace (and several marvelous to-hit rolls) serves a number of coup de graces. The barbarians and fighter take a number of hits, but the party ultimately triumphs again with no fatalities (it always seems close though).

Searching through the carnage the players find heavy-metal sealed cylinders inside the statues and salvage what they can of the valuable gold masks. Now they have some time to thoroughly explore the chamber beyond. A second pair of giant carved double doors lies along the opposite wall and is barred from their side. Two other sets of doors lead out on the side doors.

Opting for the side door on the west they enter another equally massive chamber. Elaborate mosaics with swirling planets and galaxies smashing into a super nova cover the floor. A dias with simple marble benches and two short honey-combed pillars are also in the room as are the room guardians: eight crimson-robed face-veiled lithe spearmen standing at attention against the opposite wall. Centuries of dust cover most undisturbed areas of the room. The spearmen make no noise nor any movement at all as the monk and mage examine the pillars, which they now notice to be filled with ancient scrolls. Removing the venerable scrolls proves to be real problem as many of them crumble to dust (failed Dex saving throws) on contact. What is salvaged proves to be complex mathematical calculations and charts of elliptical orbits. Happily for the mage he also discovers arcane scrolls detailing Water Breathing and Tiny Hut spells.

When the party steps beyond the plane of the pillars all eight spears lock down in simultaneous unison and the spearmen advance toward them rapidly. In the ensuing fight a number of characters take a good deal more hits as their Sleep and Sound Burst spells prove to be ineffective against the silent warriors. Lifting back the veils on the bodies (they do bleed like living creatures, they note) they find pale-skinned thin-boned humanoids akin to the statues.

Taking stock of the declining health of all their frontline fighters they decide to hoof it back to the partially-collapsed underground tower for a couple eerie nights of dungeon camping.

Posted by Chris Kutalik at 5:04 PM