The Domain Game II is rolling along, with the third session going off early Sunday morning. Playing in my pajamas with a steaming cup of java in hand was a decided—yet fun—change of pace from our night games.

As some readers will remember we are playing with my Stormbringer first edition hack, which seems to get “hackier” as I tack on mods to fit with the domain rules. (If you care about such matters Mike D. of Sword+1 will be joining me as a co-writer/designer exploring ways to move the hack into something of possible use and interest to the larger gaming public).
Since it's a slow news day here in the HC, here's the recent tidings from Nowhere.
Two weeks ago, Duke Mraz and crew conducted a reconnaissance in force of the White Ape groves in the Forest of Whispers near the river crater. They wiped out one tree-platform and noted the presence of about six other ape lairs in the two hexes before withdrawing to the holdfort. No counter-raids or other activity has come from the White Apes since that time.
Jathur with his two new recruits, Zibran and Erlend (see roster below) undertook a mission from a black lotus-addled, high-ranking officer of the Satrapy to discover what happened to his missing nephew, an officer in charge of the small mudbrick watchfort to the south of the Duke's hold (hex 69.66). The three found the fort mostly abandoned except for a strange tentacled creature in the fort's cistern, bloated bodies, and a crazed survivor.
They investigated a strange humming, bulbous glass spire back in the woods and found the missing tunic and armor (gleaming and polished) hanging in a blackwood grove next to the spire. Attempting to chop the spire down they were psychically assaulted by the ethereal ghostly form of the missing officer. Hightailing it with the armor they made their way back to the holdfort. 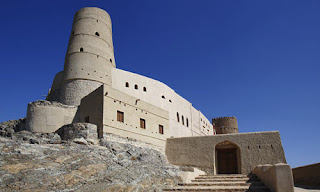 Meanwhile back at the village, Zibran attempted a religious coup against Ehroon and the Elder Elemental Temple of the Ever-Unfulfillable Flame.
In Zibran's belligerent words:
“[My] plan with the priest, stage a religious spectacle in the centre of the village, use Ignite to create a 'sacred flame', assert the primacy of Thakan over this weak 'flickering embers' shite, grab any scriptures he has and stick them in the flame, along with my hand, using control of self to avoid pain. Heal said hand using healing spell. Challenge the priest to do the same, mock him when he can't do so, imply his faith is weak. Debate theology with him by shouting slogans then downing shots of spirits, smashing the glasses against my forehead (control of self!), invite him to make prayers to his feeble deity and do the same, last one standing gets the temple (and hopefully the acolytes).
When I win I declare his god dead, and sanctify the new temple of Thakan by setting fire to him, offering him the chance to cut his own throat when the suffering gets too great and painting the sign of Thakan on the back wall in a mixture of his ashes and blood. Greet the following dawn with rattling sistrums, firey libations and drunken screaming, declare to all and sundry that the sun looks brighter. They call him 'the Calm' only in comparison with the other priest of his religion.”
Though he escaped near-immolation, a visibly shaken Ehroon has since holed up in the longhouse he inhabits with his acolytes—even missing the weekly Bonfire of the Febrile and Resplendent Flame ceremony--to the scandal of his small, demoralized flock. All queries by village busy bodies have been turned away by his lovely assistants with the vague excuse that the elderly priest is “ill”. A village teen was seen leaving his longhouse with a small satchel early yesterday, before galloping off to Lyk Kutah.
Three families—all shockingly bald and of a primitive and warlike countenance—have taken up residence in the village since the incident.
The Rumor Mill
In other news from the Colony's capital: the House of the Middle Path, a local brewing guild producing the Colony's hu'uz,(a strong spirits that allegedly produce visions and madness) is offering substantial rewards for securing a source for vol, a yellow-orange shelf fungus that grows under forest canopy.
A less-than-discreet source in the sequestered Jade Quarter is saying that the eunuchs will be issuing a recall order for the Westlands Satrap. Other loose tongues hint at a possible elevation in fortune of a certain nomad in the employ of Duke Mraz.
Meanwhile on the northern border Colony patrols have made contact with a strange beetle-riding race of diminutive nomads calling themselves the Khalik Vhar, compounding fears that the Colony was in for yet another round of bush wars.
Roster Additions
Zibran the Calm (Barry B.). A priest of Thakan the Bloody Sun of Nuk-Mir, a warlike deity who requires blood to fuel the sun, preferably that of might warriors defeated in battle, but any schmuck will do in a pinch. Zibran's first task in this new land is to make converts and/or capture slaves and get himself a sacrificial altar built as fast as possible before the sun goes out.
Erlend (Patrick W.): Erlend is from the Howling Moors. He carries with him a selection of axe handles, axe heads of varying sizes, sharpening stones, and a few other accoutrements customers might want.  While Erlend can make a living this way, he is always looking for a way to make a faster profit where being large, strong, and blunt in manner are useful traits.  Adventuring seems like it might be the thing.
Elrend purchased an indentured servant, Rheged, six months prior to traveling. It is unclear if he considers the young man to be his apprentice or servant or possibly both. It is also unclear what trade, exactly, Erlend is teaching.
PCs Waiting in the Wings
Kol (Jason K). Born into a family of wealthy merchants he was sent out, as all third born sons on the island of Koz-Ath are, to seek riches in a foreign land. A tall overweight man Kol would be considered by some to be deceitful and untrustworthy, features on his native island that are considered of high value. Respect is given among his class and faith to those who can use people and situations to their advantage. Rom’Zhe, the God of the Koz-Ath merchant class, is said to give favor to those who ruthlessly extract coin and treasure by any means possible. It is not of Rom'Zhe concern if others are exploited.

Ochar of the Endless Hills (Sean N). Ochar hails from the Endless Hills, A land of constantly feuding merchant clans. Ochar himself belonged to the Deiru family, a fairly low caste clan of butchers and leatherworkers. He fell hopelessly in love with the beautiful Yani of the Xotheo family. Normally Yani would be far above Ochar, as her family works in metal. However, as fate would have it, she was enslaved by the evil Count Kamyr that villain retreated from his foes into exile. Ochar's path seems clear. All he has to do is travel to Nowhere, kill Count Kamyr, rescue the beauteous Yani, and make his fortune. Not necessarily in that order.
Posted by Chris Kutalik at 2:28 PM