News from the Southlands

The campaign news update has been a weekly fixture of the Hill Cantons campaign over the last year, one that I immensely enjoy (having once had a job writing news briefs of the mundane and real). Beyond that satisfaction I think it adds a nice (perhaps illusory) touch to the playing out of the whirly sandbox bits (the external world events that chug alongside the players actions), since some of the entries loosely revolve around the random meta-system of the Chaos Index.

While it mostly resides on the public Google plus Hill Cantons page (a clearinghouse for campaign information in general), I will be sharing fortnightly some of that round-up here on the blog. 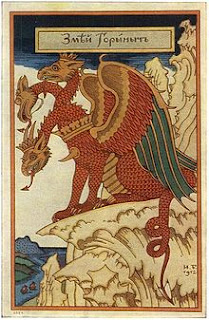 For five long centuries the sleepy Kezmaroki-ruled island of Ptuj has tolerated with a resigned shrug its sister isle, Tolmin, lost to the Weird. Last year alas Smok, a youngish offspring of the great wyrm Zirnitra herself, descended on great wings onto the House of the Axe, a shunned temple of the cthonic goddess called the Mistress of the Mountains. Terrified Ptujians, whose rural residents have become the favored snack of the great beast, are offering a substantive bounty—to either of the two companies of northern local hero-residents--for the slaying of the dragon: gender-appropriate nubile concubines, a small mountain of the island's vintage corn liquor, a local latifundia estate, and 10,000 suns of cold hard cash. Undoubtedly Smok has accumulated—or found—great treasures of his own in the depths of that Unsunly temple.

Last month's abrupt assassination of the Decade-King has set the salons and wine dens of the great hostels have been a-buzz with the most favored of all Kezmaroki blood-sports: politics. Next week our most beloved and sun-dappled Patriarch will solemn intoned the ritual opening of the Hundred Days, the ceremonial political jockeying between royal candidates selected by the Supernal College of Successors. At the end of the period—and a new Decade King emerges--an albino catoblepas will be set alight on a gilded pyre. Much (hotly-debated) augury is made around the precise shape and color of the resulting whiffs of smoke and the tones of the dying beast's bellows.

High society in the city has opened its doors to a charming new entry to the ranks of the nobility: Lord Gurgi, Master of Tables, Sub-Patriarch of Ironspire Island, etc. Though some detractors say he is both ape-man and a lowly linkboy to a murderous clown, others welcome his spirited hambone dancing.

Eight “white hippogriff” royal candidates, direct kin of the last Decade King, have already been announced for the Hundred Days succession process. Only two “dark hippogriff” candidates (believed by many detractors to have dubious pedigrees) to date have been revealed. The Restorationists have been making their usual monarchist noise about banning such upstarts--to the predictable derision of the orchestrated street riots of the Wellsprings of the Crowd (both “dark” candidates are rumored to be backed by the Autarchs). There are rumors that the eccentric Lady Mosna is busy creating a pedigree for Lord Gurgi. 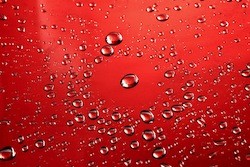 The Blood Rains have swept into Kezmarok leaving syrupy, sticky puddles and residues throughout the city. The Patriarch has declared the ritual sympathetic mourning period to commiserate with our most holy Sun Lord as he suffers his silver-chained beating from his spurned former wife, the Celestial Lady. On pain of a hefty fine, all residents of the city must wear the customary mustard yellow through this period.

The ruined environs of High Kezmarok are alive again with the pungent smell of horse dung. Southlands horse traders have begun their biannual halfway housing of herds on their way to the renowned Black Horse Fair in the Hill Cantons town of Marlankh (the Cold Fair starts next month).

Speaking of northerners and their uncouth drawl, a small private army of rough men much akin to the self-styled Nefarious Nine have been seen making the rounds of curio dealers on the lower west side. The ruffians--led by Mandamus a surprisingly erudite scholar—are rumored to have sold enormous sacks worth of moon-styled gemstones purloined from the depths of the undercity itself.
Posted by Chris Kutalik at 9:53 AM