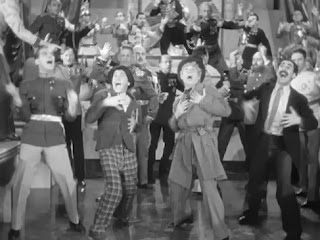 Like many manic gaming hobbyists I seem to flit about with more “projects” hopping like crack-crazed toads around in my head than is right and healthy. Generally as I have learned from too many blogside promises is to silently keep track of these fancies on personal lists, but hey I'm trying to blog more so here's the going to-do list (fill free to embarrass me this time of year with it in 2014).

Finish (in descending order of importance and likelihood):
1. By This Axe's skirmish and campaign supplements. The latter is pretty much done though it could use a few playtests before I feel totally comfortable releasing it. To be released as free PDFs to BTA buyers.

2. Live Weird or Die, the Roustabout's Guide to the Hill Cantons. Basically the HC Mega-Compendium, a collection of all the variant classes, alternative D&D chargen, new critters, spells, items, house rules and the like—and for the first time a targeting round-up of interesting setting whoha (religion, places, NPCs, etc). Right now it's clocking in at 60 pages and needs some elaboration in a few parts and strategic cuts in many. To be released as a cheap (to charity) or free PDF and print-on-demand. (Also available as a work-in-progress draft to anyone interested.)

3. Feudal Anarchy. Though we are on version 0.83 with a respectable chunk of the chapters done-ish we have officially put this bad boy on hiatus until (frankly) the hardcore medievalist rpg urge strikes again. Despite it not getting published anytime soon, I am perversely pleased at what we have hammered out and written up.

Start (same order as above):
1. “Games for GMs”. A collection of solo mini-games and subsystems allowing GMs to have some fun rolling dice while creating things. Think Traveller world creation or How to Host a Dungeon but expanded into different aspects of the fantasy sandbox.

2. By This Bullet. Technically already started and even barebones playtestable (not a word), a system for running small-scale early 20th century battles.

3. Hail Fredonia, a political/military microgame that allows folks to play out the goofy civil war on the Traveller Coupbox moon. Based on La Revolución, a wargame I published in the early 90s that modeled a fictional early 20th century Latin American civil war. Outline and map done.

4. Writing up some of the adventure sites of the Hill and Space Cantons for public consumption. Keep feeling like this would be a good idea—and then not.

Gaming:
1. The Hill Cantons Home Group. We haven't played in an ungodly time and as much as I enjoy the freedom of playing evenings on Google Plus it never quite feels as satisfying as having people around me dining room table. So even if it means playing other things, face to face is a priority.

2. The G+ HC campaign. We came back to playing this Tuesday after the month and change Traveller hiatus (which I also plan to keep playing on alternate

3. Attend North Texas RPG Con. Missed it the last two years thanks to family reunions, but the date is saved this year.

So much gaming to be done, so little time.
Posted by Chris Kutalik at 12:35 PM