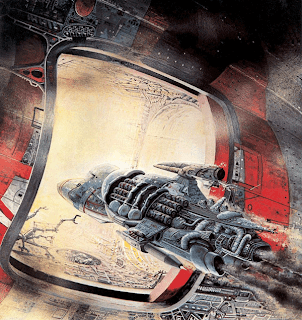 Next on Raving Foxoid Holo-News...
Fierce street fighting has reportedly broken out in the isolated moon-state of the Kral. Dogoids have appeared to rise up in an urban insurrection, firepower supported by dune-buggied commandos and an unknown starship. Cantonment Navy spokesdroids state that the service is “vaguely concerned” about the development and “will be monitoring any grievous threats to colonial infrastructure”.

In other news on Fredonia, the Polar Autonome Collective has issued a cryptic statement declaring that they will make a “great leap forward” in its “dream-struggle to topple the Planetary Work Machine” and “biopoesis our beautiful proto-planet” in the next 48 hours. Experts are nonplussed.

The Cerny Vlk, the subsector-famous Boloerium (a paraterraformed asteroid-vessel used for intra-system travel) dedicated to preserving pre-uplift wolf stock--and manned by a cooperative of self-styled “lycanthropes”--has gone “dark” according to months-old reports from The Grange. That wild and wooly system of micro-republics hunkered down on trojan-point planetoids has produced a not-too surprisingly conflicting range of hotly-contested salvage claims. Putting hard credits where their vacc-suited comm-boxes are, the system's two fiestiest polities, Cockyagne and Hayduke, are reportedly both offering 500,000 CR bounties to a crack “salvage and rescue team” for in-hand repossession of the outbound ship. 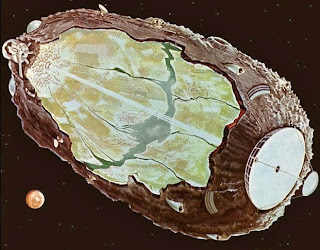 Galacto-Boyar Vdelko XLIV, renowned masochist and survivalist buff, is offering a “substantial fee” for a hardened group of “toughs numbering no more than six” to attempt to “hunt and kill” him in a three-day period on his island preserve on Kanus Major. According to his seneschal a bounty of 100,000 CR will be paid post-mortem from his estate if he is killed before the end of the third day. “I can take all you motherfuckers,” Vdelko added. \


Cantonment political pundits are shaking their nay-heads at the “unnatural vigor” of the newest addition to the Civil Service, the Trust for Planetary Procurement and Progress (or more colloquially “The Trust” or “Three P”). Some Overrada representatives have even begun to criticize “the wild-eyed idealists” of the agency with “wanting to explore and colonize worlds outside the Cantonment.” While Three P administrators have denied the scandalous charge they have issued “open contracts” that state a 120,000 CR finders fee will be issued to any exploro-bolo teams returning with the coordinates of “underpopulated, unmapped Terran-Prime or Terran-Norm systems within 20 parsecs”.
Posted by Chris Kutalik at 2:00 PM