Small is Beautiful in the Sandbox 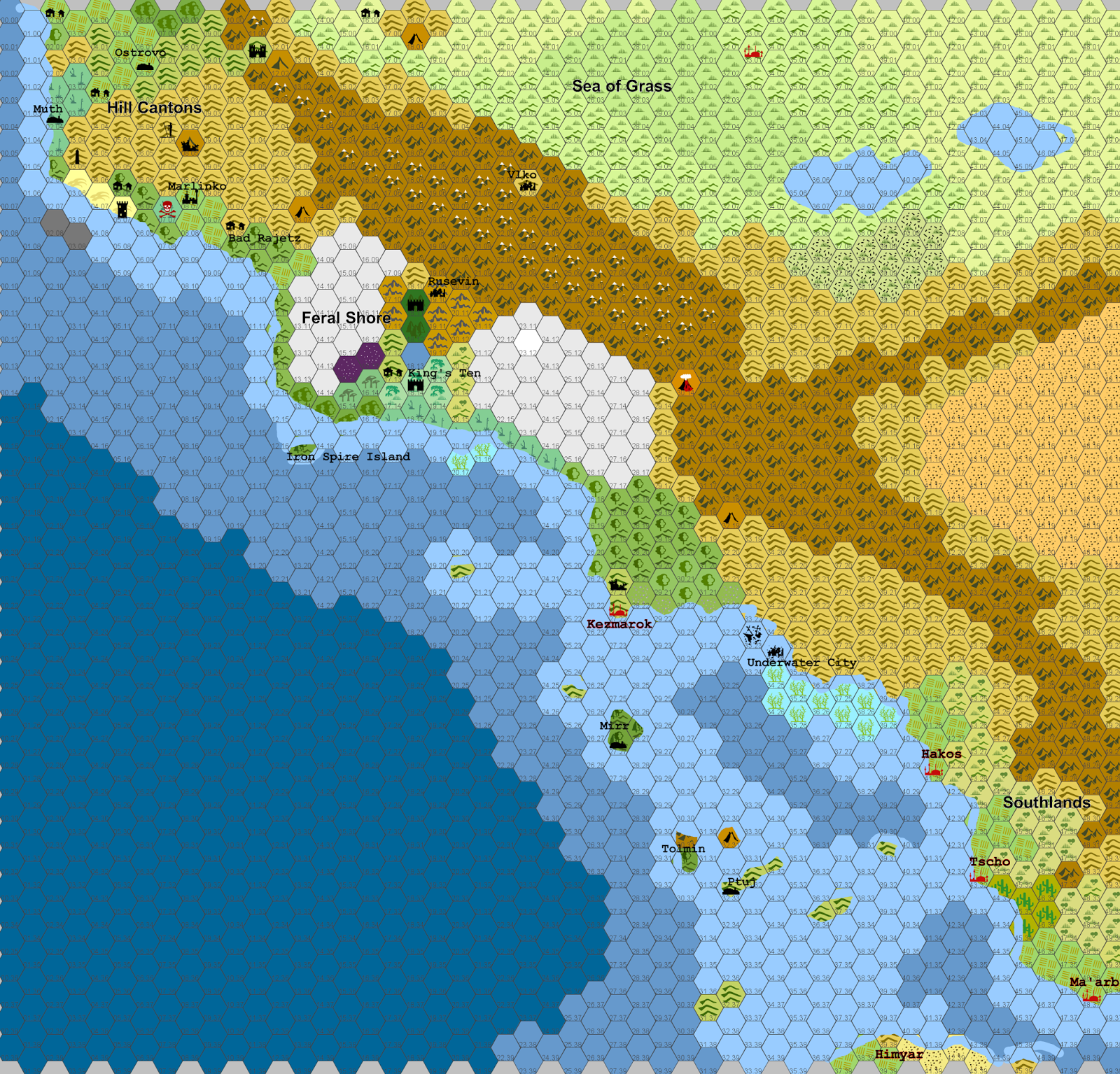 One of the most satisfying parts of being part of a hobbyist subculture that loves pulling up the hood and jawing at disturbing, perhaps commitable length about the various whirly bits is running into your own little epiphanies. Tuesday I slammed my laptop cover down and threw my triumphant fist in the air with a “fuccck yeah” with the last great push on the Misty Isles of the Eld manuscript (the second big stretch goal adventure coming out of the Slumbering Ursine Dunes project, Fever-Dreaming Marlinko being in lay out).

Later that night with the self-congratulation dying down it struck me that after laying down yet another small bounded 1-4 session wilderness area that the mini-sandbox has been my favorite way to game wilderness for a good long time. I mean thinking back to my beloved hoary TSR favorites Castle Amber, The Secret of Bone Hill, Keep, and that Gygax Lovecraftian temple one that I am suddenly too lazy to look up they all to a one have a small wilderness area (and often a small scale human civilization bit) as a short main exploration phase.

Somewhere horseshoe close to when D&D was born and the oil crisis was rearing its head, a collection of essays called Small is Beautiful became a public intellectual one-hit-wonder. Needling large-scale economies and political organization as being beyond a sustainable human scale.

Hey but fear not I come not to throw some politics or meaty real world thought in your face-- besides I'm still enough of an Old Leftist/Modernist reactionary to freakishly get a woody walking the grounds of the rusting hulk of a horizontally-integrated factory complex like the Ford Rouge—but to acknowledge there is something there there when it comes to designing to wilderness settings.

Insert your mileage disclaimer—by now we all know that people who talk in absolutes in a hobby environment are buttholes—but I think there really is something there in this area when it comes to sustaining a long campaign. Think of it this way, D&D is primarily a game where the main play experience is meticulously exploring highly-contained space. It doesn't have to be a dungeon but that classic format sure comes back over and over because it simply works

Wilderness hexcrawling has been there too as a suggested major play arena since the get go. OD&D has its random generators. B/X went even further presenting it as conceptually as a whole new campaign frame for when PCs hit mid-level. But from my experience there has always been something awkward and challenging about making all that wide yawning space notboring—and thus something you and the players will return to time and time again continuously.

I have been running the Feral Shore with its central hex-organized map as a major campaign phase now for a year and a half. But the actual thorough wilderness hexcrawl sessions have been a minority often a “we really need to get down to figuring out what is going on behind that ridgeline of the Domovoy villages” kind of impulse from the players. At most even when really player focused we have never done more than three such sessions in our weekly game in a row.

Invariably some other goal—exploring the smaller bounded area of say the Rusevin (a city ruins pointcrawl) or more prevalently a single-site or those beautifully eccentric player-driven quests (“shit really need to go find that Drinking Horn of Radegast to get those drained life levels back”)--pushes its way forward and becomes the main thing.

The hexcrawling in other words is more often a palate cleanser much like a one-off town adventure. Not consciously I believe that's how I prefer, short sprints of such activity around the main course. Maybe that's how it should be: better-designed wilderness should be small in frame and densely packed with sites. (Or maybe I am just rationalizing my own design choices with the Dunes as a small bounded mythical wilderness pointcrawl and the Misty Isles as a small bounded extra-planar pointcrawl?)


Is that the kind of thing you have experienced? Have you run—and enjoyed—long hexcrawl-centered campaigns or campaign phases? What made it different you think? What's your secret, bud?
Posted by Chris Kutalik at 10:12 AM