Campaign News Porting to the Blog 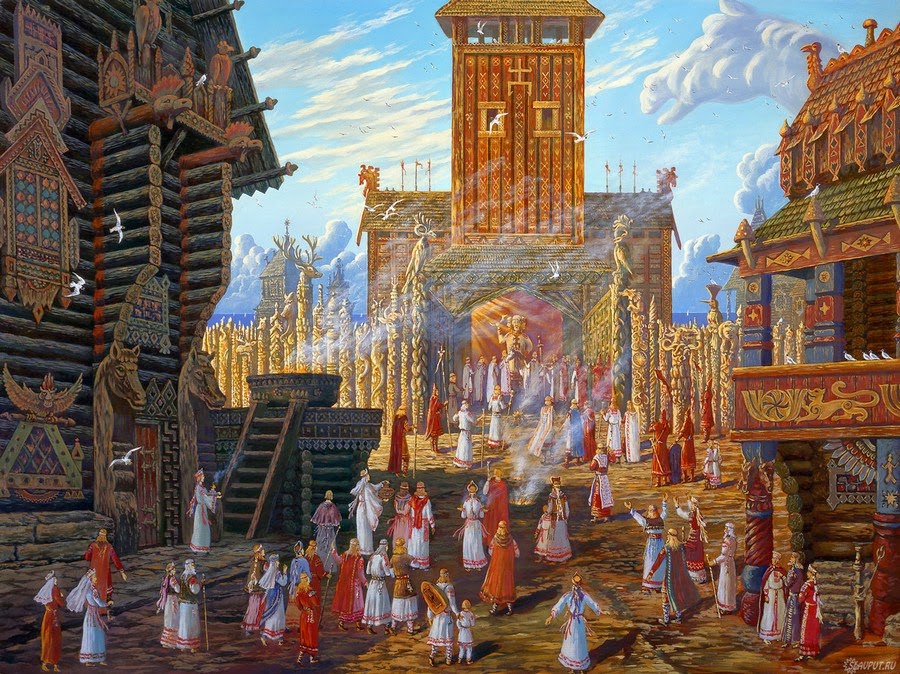 For going on four years now I have been writing and posting the supposedly-weekly and increasingly idiosyncratic news report for players and spectators of the eponymous campaign to the Hill Cantons google plus page. Having written about how to use campaign news as continuity glue for a long-running campaign and having the blog slip way down the list of my hobby-writing priorities--and thus in need of some love—the news reports will now be appearing right here in the future.

And now the News...
Hinek the Aft, notable local lunatic and mariner, has been recounting wild tales of a supposed landing in the fabled Misty Isles by his patroness and captain the so-called Daughter of Ondrej. Bizarrely his first day of yarn-spinning in the Marlinko bathhouses told of a stark, dead land with “ridges made from the corpses of massive grubs”-- a story quite at odds with the popular conception of the eternally fog-shrouded islands as a bucolic paradise. Even stranger is his apparent self-beating over the night and subsequent retelling of the story in a broken monotone: “The...Misty Isles...are...a...wondrous place filled...with...laughter and light...and that I have...never visited nor can I speak with assurance..from a first-hand account.”

The recent opening of the gaily-painted, if disturbingly and atavistically pagan High Temple to All-Pahr Gods has brought in a influx of curious tourists and dour, bearded faithful to the Feral Shore. When clicked on, the colony steward, Okko, claims that nearly 900 gold suns have been brought in from sales of bric brac such as Svat the Four-Faced carved wooden posts, Marzana garlic wreaths and Radagast painted beer steins in the first two weeks alone.

But income from schlock is not the only thing the new Temple has brought in, the dedication has also brought along two new inhabitants both claiming to have been brought by visions sent from dying Pahr godlings.

The first of which is the strangest, a bass-toned skald with the head of an enormous red rooster by the name of Vyvod. Though an odd sight, residents of Karldeset and the Domovoy villages, have warmed to his deep, catchy, self-valorizing ballads and quite often one can hear on the winds the opening verses from his most popular tune:
“Little Pavol and Vyvod
strutt-ing through the for-est
Never evere dreamin' that a schemin' deodand and his posse
Was a-watchin' them an' gatherin' around.”

The rooster bard's appearance was followed the next day by a grizzled, long-bearded, wearing the antiquated heavy armor that scholars call chainmail and looking to all the world like he stepped out of a Pahr-themed historical tapestry. Captain Slavomil as he calls himself is said to have been touched in the head by a command from the long-thought dead god Velesh to throw his axe into a local lake, seek the blessing of the Lords of the Shore and begin to organize a warband for a long journey around the southlands cape to conquer the City of Porcelain, a distant, fabled, demon-haunted city of great delicacy.

Posted by Chris Kutalik at 9:42 AM