Moving on Up: Social Advancement in the Borderlands

It's been a while since I've peeled back the veil on what's happening with the Hill Cantons: Borderlands sourcebook, in the main because I have (finally) learned my lesson about keeping my trap shut and my fingers flying.
A ton of work has been going on nonetheless. A merry band of beta-testers has been kicking the Seven Hells out of my poor, overworked draft in the playtest arena and the draft is finally settling into fighting shape as the necessary rewrites, clarifications, and elaborations follow in the wake.
One area that has been majorly revamped then revamped again is Chapter 8, the chapter that handles how player characters rise through the ranks of institutions in their home campaign. 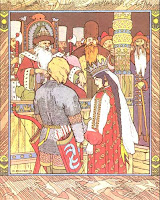 Why so much revision? Simple: they hated it.
Not the idea, to a man (and woman), they loved that. They liked the general concept of providing mechanisms and guidelines to give players “entry-level positions” to the supposed endgame at low and mid-levels. They even liked a number of the core concepts about how to implement them.
But they hated my execution—oh, the vanity of our most beloved half-baked notions—which mostly was a series of large-scale mini-game much like the ones found in those classic old warhorses of this kind of game: En Garde, Heroes, and Flashing Blades. In a nutshell each particular institution had a high level of detail and unique mechanics for it's own peculiar advancements, perks, obligations, etc.
Players objections basically boiled down to a. it was too chart-heavy and distracted too much from the traditional core mechanics and play areas of classic D&D; b. that it defined too much of the detail for how institutions worked in people's campaigns (ok this was more mine, an old pet peeve, but it seemed close to some of their own objections) ; and c. most damningly that it felt too much like work and life in the real world. Egads.
So I swung to a different pole and with great, shuddering reluctance cut the lion share of all those many pages down in a sub-system that:
Backstory finished, here is the draft product (with some explanatory paragraphs and examples stripped out, ask away if it is unclear). As always I am an eager beaver for thoughts, feedback, constructive criticism.
Would you use such a system? What would you change or add? 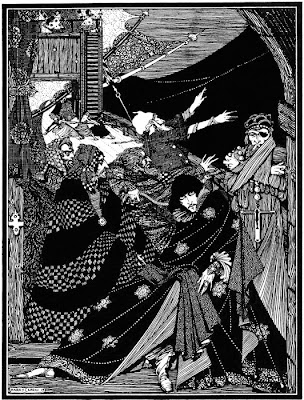 Note while a beta-test draft the following text is copy protected. Any misuse of said text will be promptly followed by the parachuting of a crack team of ninja-suited, wavy-sword-wielding lawyers into your home domicile.
[Excerpt from Chapter 8: Rising Through the Ranks]
Rank and Title
Each institution's hierarchy is divided into progressively influential ranks.
On the surface, ranks are much like the old stand-by of character level—each rank conveys a title, some of which are similar to matching level titles. They are however a power-rating system independent, though influenced by, a character's level.
Unlike levels, characters are not limited to starting at the first rank in a hierarchy and working their way up sequentially—they may attempt to enter an institution's ranks at any point. Note that if the Charisma variant rules [a cleaned up version of this here]are being used that fourth level can automatically enter certain ranks as shown below.
Promotion
Each rank has a target number--which varies by the type of the institution--that a player must roll over in order to advance. Players can try twice a year, but may only advance once in that year.
The number of dice used is determined by class level and modified by Charisma, inducements, prior-held ranks, and success in actual, in-game sessions.
Modifiers:
Charisma
Inducements
Prior Held Rank (must be in same institution):
In-Game Successes
Perks
Rank has its privileges and characters receive progressively more as they rise.
Note on all charts that characters are entitled and obligated to the perks of all lower ranks—with the exception of political positions (character can only be head of one institution at a time).
Example Template:
The Temple of Law Clergy
* If CHA rules are being used, fourth level character with CHA 15 and over are entitled to an automatic position here.
Posted by Chris Kutalik at 11:23 AM