Campaign Seeds: the Good, the Bad, and the Ugly

A follow-up from yesterday's picking over of my draft box rejects for campaign ideas. Today I offer you the even worse ideas (hold your nose)--and some ideas that come to think of it might not be half bad.
The Good 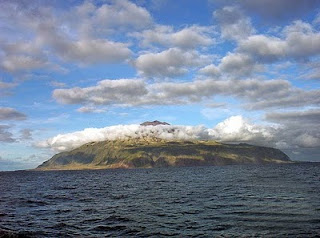 Mook Island. A mini-campaign akin in spirit to that flawed 0-level AD&D module Treasure Hunt. The players are all classless 0-level nobodies with no alignment and not much of anything in their possesion. Unlike the module the island would be completely free of lead-you-by-the-hand plotting and be much more of a self-contained sandbox.
Play focus would be first and formost on survival—with a big emphasis on the little mundane resource management that even first-level characters take for granted. Special (and simple) rules for weapon/equipment breakage, foraging, weather nastiness would underscore this. Eventually players would start to focus on attaining first-level status and getting off the island.
I probably could have revived this idea when I started working on my zero-level variant rules months later, but got stuck on getting it around making it something other than “we run from the single kobold armed with a mound of wet toilet paper” or “we spend the session making fire-hardended spears and gathering tubers” kind of inanity. DCC RPG's (whatever happened to that?) “character funnel” concept would also be handy in making this work.

The Point of Light. One (of very few) things I think 4e D&D got right was a return to the concept of “Points of Light”, that human civilization is a very fragile and far-flung surrounded by howling wilderness. Isolated settlements/environments have always held a deep fascination for me, this campaign would take it to its logical extreme.
To the players' best knowledge there are no other “points of light” in the world. The home area is a lone land surrounded by vast stretches of non-human infested wilderness. The map is completely dark outside the civilized zone. Unlike Gamma World there might not actually be any human civilization at all in the great beyond.
Lots of long thought-trains to be dealt with this one to make it a go: how big does the home area population have to be to not just sink under inbreeding? How do you balance all the presumed massive influx of player-found swag into a closed economy? How much technology could they retain without any trade partners and other resource bases. Etc. Etc.
Some of the tropes were recycled into the Colony of Domain Game II.
The Bad
The Ugly 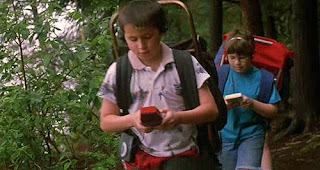 Y-Camp D&D. Another one for the “this started as a joke”column. Made even worse by the fact that we actually discussed running it. Since some of my resolution mechanics revolved around true-to-the-time preteen stupid arguments-- up to and including such things as punching the GM in the arm—one of the worst ideas I have ever come up with. 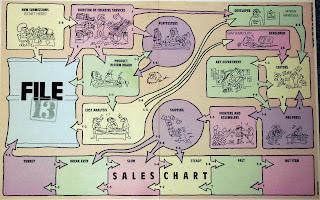 Fantasy Football-like Fantasy. Players would draft an imaginary team of their top five favorite game designers than try and conceptualize various products they would come up with. Then each imaginary product would face off against another team's product and a ref would rate them. Teams would advance through the season to a championship.

Might have been only an “intellectual” exercise-type post, but inside baseball codified in such a way--painful.
Posted by Chris Kutalik at 12:11 PM