Celebrate We Have Undercity Contest Winners 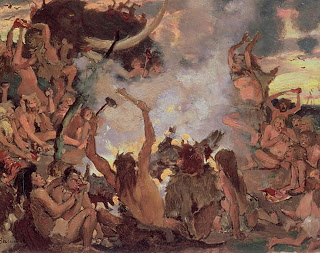 No fancy lede, no meandering aside, just the announcement. Thanks to all 16 who submitted entries, all of them truly are good and interesting creative approaches to this beast the Undercity.

Starting with the honorable mentions.

Honorable Mention for Would Have Won Second but Wasn't an Undercity Level and/or Best Yank of My Chain: “G” with “Flamingo Bubble Party Paradise”:

“Garden-of-Eden-ish glade on surface. Inhabited by pelican-halflings and flamingo-elves. Isolated themselves in magical bubble to prevent surface-nasties from attacking. Baddies retaliate, enchant the bubble. Becomes ethereal-ish and simply starts sinking into the ground, leaving no trace. Bubble still protects against crushing earth and provides air, so life continues. Recently bubble has been having problems. Often just shows static instead of the illusory sky, clouds and sunsets. This is due to the magic of the bubble being tied to family bloodlines, that have become muddled after generations of inbreeding. Bubble also glitches in and out of existence at times, covering the peaceful glade in debris and rubble.” 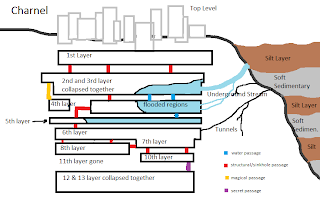 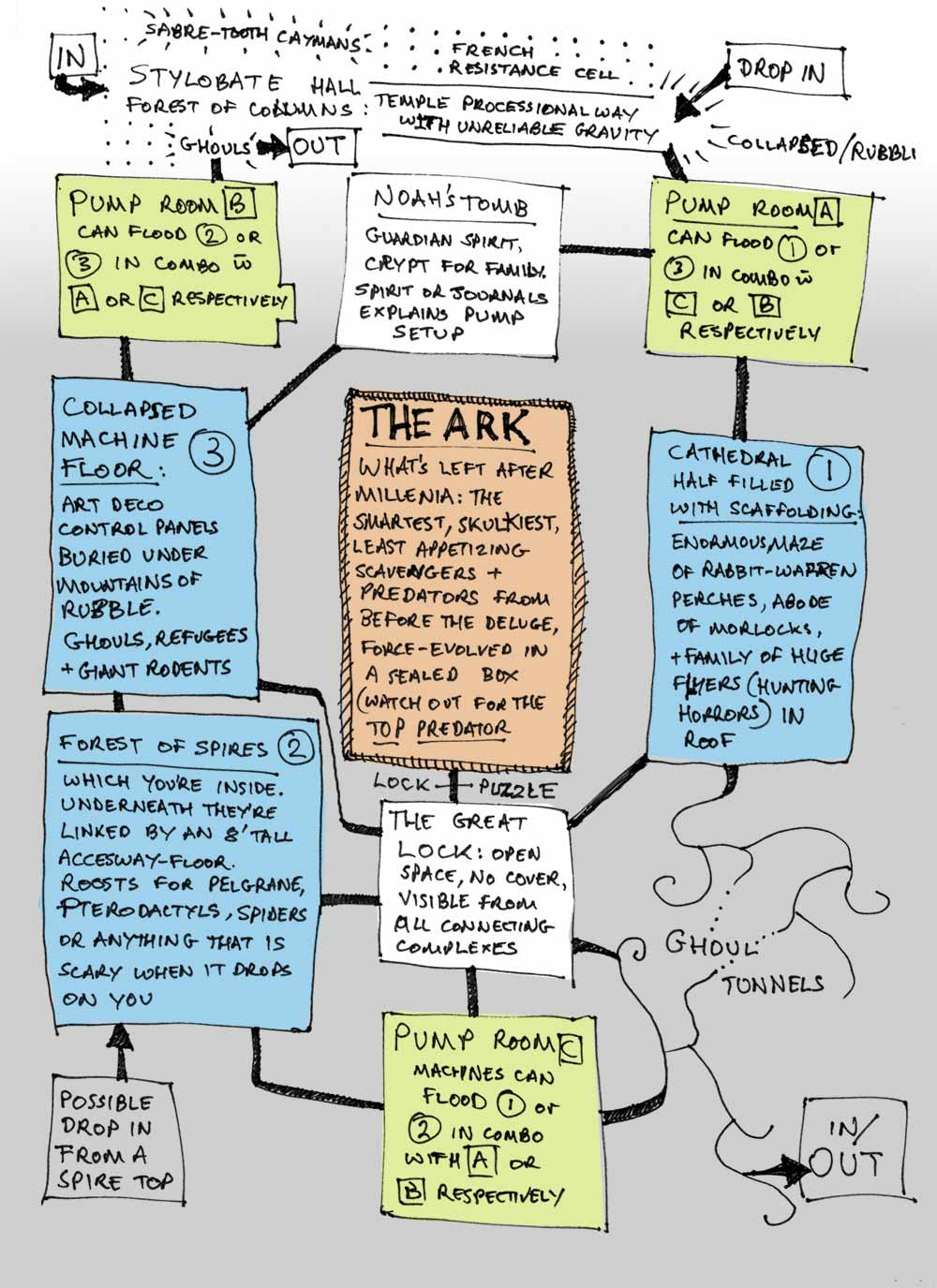 Honorable Mention for Wonderfully Lyrical Entry that Would Most Likely Have Gotten Second if I My Slow-As-Molasses Brain Had Another Week to Figure Out What the Hell it All Means goes to Scott Martin for “Lavilokan”:


“Obliquely referred to in nursery rhymes as “Lavilokan” or “the City Below the City / Shrouded in Glass,” Iron Mountain Deep is the only impregnable data center of the ancients known to survive the cataclysm more or less intact. The uninterruptible engines guaranteed to run 2,000 years are now grinding down, creating opportunities for the ambitious and the unlucky to access loot, secret knowledge and desperate wonders. Most who find their way in among the haunted platters opt to remain, driven to renounce the world above by ancient lights and strange meat. And of course, bands of mutant derro and less easily classified monstrosities demonstrate that the dwarves who first came here to mine the ribbon of fluorescent glass and peacock iron under our bedrock never actually moved on 300 years ago as advertised.”

Honorable Mention for Fuck Yeah Let's Get Our 40K On goes to Mike D. for Grimdark. Make sure to check this out on his blog.


Honorable Mention for Cool and Creative But Not Really an Undercity goes to...well almost all the rest of you. But I still love you and now want to do a megadungeon concept contest.


Third Place goes to Thomas M. for his Death in June sounding “All Pigs Must Die” which you can find here on his blog. It's a toss-up whether I love his Pig-Cathedral or Shadow-infested Senate more.


The inhabitants of Ulbey Mara had a nice, bucolic life going. Classic elven tree-city, gorgeously landscaped, on a dense network of islands in a shallow, marshy lake. Not so many furry friends, but both avian and amphibian companions. Plenty of sun, not a hint of dismal swamp in sight. Hunting nearly as easy as gathering: fish to spear, more fish and lesser birds to net, plenty of time to frolic by the unearthly light of magic lanterns.
Then they pissed off the wrong elemental. Or demon. Or elemental demon - oracles aren't very clear, fragmentary thousand-year-old written records less so, and there's even less left of most would-be explorers than there is of the contemporary records.”

His backdrop mechanics for handling sites are also pure gold.

And the First-Place title of Undercity Ur-King goes to Evan Elkins for “Uz”. Evan, perhaps not surprisingly since he's been plugging away on an Old Testament-like space-fantasy undercity as major project for a while now, hit it all the way round. The intro starts off strong:


“ Uz, the First City of Men, is a ancient metropolis that sits on the ruins of a thousand eras. It was the first city built after the Deluge, a great catastrophe of unknown provenance that destroyed humankind’s previous civilization. It is said that Antediluvian humans reached out and built great kingdoms among the stars, but their current progeny are incapable of such feats. But Uz is only the First City of Men. The people of Earth were ruled over by horrid beings from other worlds for long years after the Deluge, and their ruins may be found beneath Uz as well. They ruled for millennia until Uz of Uz used their own powerful “magic” to destroy their cities and build his own. Humankind (and Martiankind and Reptoidkind) made many terrible weapons of war and horrible chimeras both before and after the Deluge, and those creatures still lurk within the twisting labyrinth beneath Uz. Antediluvian relics, martian vats, reptoid nurseries, and Uzite tombs can be found throughout the underworld.”

And then goes into providing--past a 7-layer cross-section map—room-complex generators for each layer. Great stuff and I will leave it there as he's going to start running it soon-ish. Congratulations again to all who participated. First, second, and third winners should hit me up with an email to talk prizes.
Posted by Chris Kutalik at 12:52 PM