News and Ephemera from Kezmarok 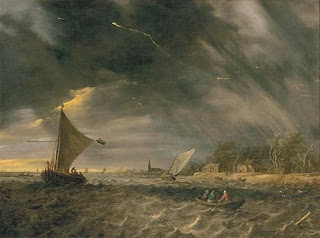 A round-up of things particular to the Hill Cantons campaign proper.

And now the news...
A bizarre riot of pugilism near the Gate of 900 Eyes last Sagday night has municipal issues in a state of almost concern. A bo stick-armed delegation from The Ring-Tailed Circle of Kezmarokies for Prosperity and Weal, a rumored front for Wellsprings of the Crowd, marched on the Municipal Palace yesterday demanding immediate suppression of the “fight cult.” The High-Marshal has stated that a round-up of the “usual suspects is already underway.”

Dromons and cogs pulling in from the waters of the Cantons are spreading word of a slow and massive accumulation of storm clouds in the seas of the northwest. The stormheads have been eerily piling up for weeks now, occasionally looking like they will burst though into a gigantic squall—only to dry up inexplicably. Some say that the supernatural storm-to-be is the Celestial Lady beating the Sun Lord with her silver chains again, others around the chaotic cult of Storm Child whisper of the birth of a “One Other”.

Steelpike the Younger, purveyor of secrets and climber of social ladders, has made a great show of wanting to sell a second map of “great and valuable material worth.” Interested parties should inquire at the great hostel of Finestra.

Another round of cryptic wall posters have been appearing throughout Kezmarok (penned in a different hand from last week's fight cult ones). The posters all bear the same lines:

The World Turtle Upended
If buttercups buzz'd after the wozzle bee
If cogs were on land, sun-domes on sea
If steppe-ponies rode men and if grass ate the cows
And pelegranes should be chased into﻿ holes by the mouse
If the mamas sold their babies
To the Silent God for an aparicity crown
If summer were spring
And the other way 'round
Then the world-turtle would be upside down!

The travails of academic life in Kezmarok. The Great Seminar of the HCLK bubbles over into vigorous dispute over the nature of Gematria (the proper assignment of numerological significance) in Therosh's 18th Examination of the Pericyclical Evolution of the Dome of the Heavens.