Just got back from flying through 60 pages of manuscript of the Domain Game, and boy are my arms tired. Badum-ching. 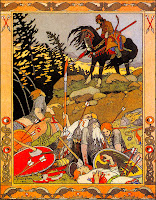 Seriously though, it's a bit of a roller coaster doing this kind of project: an exuberant high when you are pounding the keyboard and making progress, side-splitting agony when you get bogged down.
[Me finishing whiny screed and pontification on the high lonesome of writing.]
One byproduct of my recent burst of activity is going a bit farther in fleshing out the bits around “Pendragon D&D”, my shorthand for custom-fitting to classic D&D one specific—yet significant—element from Pendragon RPG: the long-haul timescale that punctuates annual adventures with longer off-table down seasons.
The “why” for this was kicked around here a few months back. As a reminder here was what I sad back then for its possible relevance to the Domain Game project:

A simple innovation [Pendragon's campaign phase] but one that added several layers of depth. Players could realistically play not only a character but a characters' children and grandchildren. The managing of realms—almost inherently a long-term project needing months if not years of “off-stage” time to be interesting—becomes an easier fit. The real sweep of history, more of a thing of years, decades, and centuries even, becomes something tangible in gameplay.

Sounds easy enough, right? Here's a peek at how I have started to over-complicate and badger this simple notion to death. 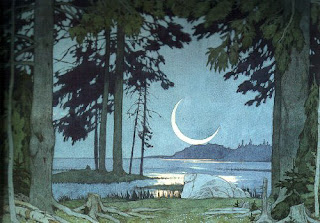 Part I: The Campaign Season
Like modern combat, adventuring is a physically, mentally, and psychically exhausting profession. Surrounded by near-constant danger, the body is flooded with stress hormones over and over again. The persistent tension, the hyper-vigilance, the physical toil of exertion and combat add up over the weeks. Even the most durable of grizzled veterans find themselves only able to sustain that kind of activity over a few months without starting to feel serious wear and tear.
Long periods of rest can relieve this pressure, allowing the would-be adventurer space to recoup and enter the fray anew.
In game terms, this is modeled by having each campaign year be divided into a “campaign season” of 2-4 months--or 1-2 multi-session “adventures”--and an “off-season” composed of all the time between each active adventure period.

Depending on the setting, the former season should be a contiguous, travel-friendly season, the warm summer and late spring months, for instance, in a cooler, temperate campaign setting or the dry season in a monsoon-drenched tropical one.
Because Pendragon D&D rests on a quicker pace, time moves quicker between table sessions. Where as older editions of D&D typically recommend that one game day elapses for each real day away from the game, this campaign style works better with three game days equaling one real day away. GM's can and should modify this baseline ratio as the need to contract and telescope action arises at the table.
The players can also elect to campaign over the four month limit, but will increasingly be susceptible to campaign fatigue and stress. At the beginning of each game-time week a check will be made against the character's WIS or CON (player's choice).
In the first month past the campaign season limit, the player rolls 3d6 against the attribute score in his weekly checks. If the score exceeds the attribute the character loses a one point of a randomly-chosen attribute (1d6 in order). For each month past the campaign season limit, 1d6 is added to the check, on the second month 4d6 are rolled, 5d6 on the third, and so on down the line.
A rest period of six, back-to-back months is required to restore lost attribute points.
In the next two parts I will take up four experimental methods to play out the off-season: two narrative and two mini-game methods.
Thoughts? Can you see this working in part or in whole? What would you change, spindle, mutilate, or fold?
Posted by Chris Kutalik at 11:59 AM