One of the (many) long-dropped, game-play features from D&D's halcyon early days that has long intrigued me is that of allowing players to take on “NPC” adversary roles to the main adventuring party. Since reading several years ago the amusing back story of Sir Fang, the player-run vampire in Arneson's Blackmoor famous for being the reputed origin of the cleric class in the game, I have always been interested in exploring that bit of outsourced intra-player competition.

Because, see, after running the Hill Cantons for four years with two groups of rather clever and canny veteran players, I've started to feel that the machinations I throw at them have started to feel a bit predictable. (Though the campaign is still mostly locale-exploration in orientation, a fair number of “whirly bits” being moved by any number of NPC-led forces occur on and off-stage at this point).

In plainer words, there are times that I think they are on to my shit. Time to change up and throw (not to abuse my portmanteaus too much) a slurve.

Cutting to the chase, I am looking to recruit 1-5 “NPC” villains to help co-create some of those said whirly-bits. 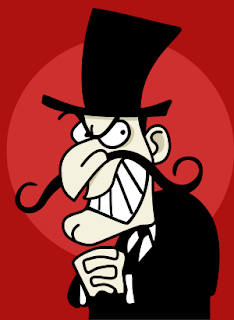 1. Ideally looking for someone who has played in the HC but is not currently active—or at least fairly familiar with my campaign posts.


2. I email you your “situation report”: the broad brushstrokes of who you are playing, what your resources are, where you are, how that might interact with the players, etc.

If you are so-inclined are encouraged to co-create the color and details of your bad apple, villainous lair and attendant forces (of course, with my potential, gentle modification to fit campaign tone and balance).

3. You relate to me what your nefarious plans through some very limited Play by Post (I have limited patience/will for this kind of thing so emphasis on “limited) and/or fairly infrequent Google Plus Hangouts. When this intersects with what the campaign players are doing I will reportback to you on what you perceive of the situation.

4. Note importantly that, the point is not to smash the players per se, but to create some interesting, wild-card challenges for the party. It basically has to be broadly fair and contributing to the overall enjoyment of the campaign.

Is your soul benighted and wicked enough for this experiment? If so, drop me a line here or on Google Plus and I will send you details.
Posted by Chris Kutalik at 11:41 AM