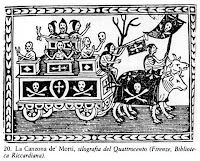 Futzing with combat is one of the more common temptations in old school house rules. I, for one, seem to go in a six-month cycle of wanting more and more detail only to turn full circle and move back to the most stripped down and quick (and by the book). Our current house rules (flavored a bit by LotFP) are somewhere in my medium zone, a place I hope to stay.


So with no further ado some of the new weapons, armor, combat options, and the ever loveable Death and Dismemberment chart (adopted and modified in a chain from Robert Fisher to Norm of Troll and Flame to myself). You'll note that the HC version of the latter table is a bit more on the deadly side than others.


The fighting classes have a few more options in combat. An eligible character has two more attack options to use in melee in place of a standard attack: an all-out attack and a defensive attack. An all-out attack gives a +1 to hit, but costs the player a +2 AC penalty on the next round of attacks on him/her.


A defensive attack conversely gives the character a bonus of -1 on AC at a cost of -2 for the attack. Fighters alone get one other special attack, a shield pummel, in lieu of a standard attack. A fighter equipped with a large shield can inflict 1d4 of fatal or bludgeoning (non-fatal) damage on a successful hit using the shield pummel option. Fighters equipped with a small shield inflict 1d3.


New Weapons and Armor
* The pike is a two-handed spear about 15-20 feet long. A pike-equipped character can strike from the second rank of a party and can be set to receive a charge. It is extremely awkward weapon in cramped underground quarters however.


Roll d10 after PC reaches 0 or lower hit points For each subsequent hit while below the 0 hp mark the player must make a roll with a -1 for each time he has rolled on the chart previously in the encounter. The GM can also adjudicate positive or negative modifiers according to circumstance.

Posted by Chris Kutalik at 1:45 PM