Keep on the Hyborian Borderlands?

For a good long while now I have been toying with doing a post about one of the giants of historical miniatures Tony Bath. Bath was one of the great popularizers of ancient and medieval wargaming in the 1960s and is remembered typically these days for running his long-standing Hyborian campaign, a years-long miniatures campaign that had strong proto-rpg elements.
Next week I will be doing a fuller analysis of Bath's Setting Up a Wargames Campaign with an eye to looking at it as a snapshot of the stew of ideas that were floating around the late 1960s and early 1970s—and of course how they came to influence (or evolve in parallel to) our own great game.
But today I wanted to leave you with this uncanny similarity I noticed today when starting to prepare next week's post. The first picture below should be familiar to many of our readers as the mini-setting map of B2: Keep on the Borderlands. 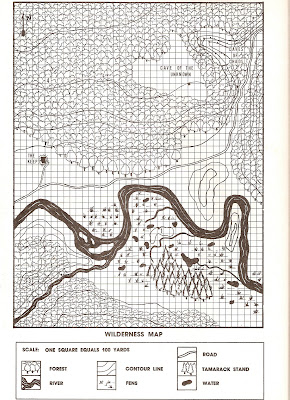 Now check out the second map from Bath's book (this would be a border fort in the Hyborian campaign). Also keep in mind that this is from a book printed in May 1973, while the former went to press in December 1979. Hmm... 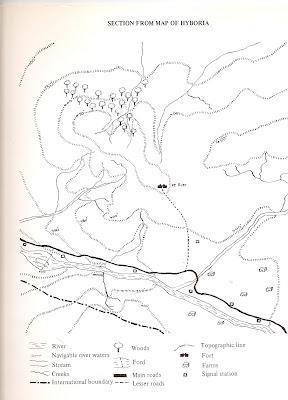 Posted by Chris Kutalik at 1:00 PM