What Happened to the Other “Tekumels”? 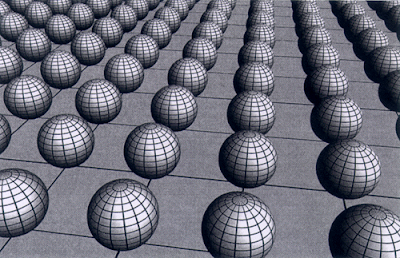 I got stuck with a wild tangential thought when reading through the Drune's Humanspace Empires today.
Close to the front he provides a nice chronology of the pre-historic Tekuml period covered in the game. The last entry in the timeline caught my attention and fueled my imagination:

ca. 111, 912 AD Tékumel thrown into pocket dimension, the Time of Darkness. The same fate befalls 722 other worlds in Humanspace.

The sourcebook for the second iteration of EPT rules, Swords & Glory, states it thus:

It must be assumed that Tekumel and its solar system fell--or were thrust--through a warp in the fabric of space-time itself, a "hole in the sky," into a pocket dimension in which no other matter existed. The reasons for this terrible calamity can only be guessed: natural forces, stresses created by the incessant use of the Three Light Drive, the actions of a hostile race, interference from mighty inter-dimensional beings far beyond man and his allies on the evolutionary scale, the vengeance of God upon His arrogant and overweening Creation? No one knows. It may only be noted in passing that this same fate befell 772 other worlds of Humanspace within a century after the disappearance of Tekumel and its system.

Obviously there is some discrepancy in the numbers between the two. I'm not interested in the picking of canonical nits, however, but what the implications are for fun with the setting.
It's funny I must have read this passage more than three times as I read and reread the planet's history. Each time though my mind eased over it; perhaps chalking it more to an eloquent bit of verisimilitude, than something that might have a wider implication.
With the revival of interest in the swords and planet genre that has rode on the backs of the general revival, there has been some interest in the use of EPT to game other worlds .
Think for a moment about the wonderful possibilities of basing such games in those 700-plus other worlds. With thousands of years of post-Darkness history you could run virtually any type of game world you want while maintaining all the science fantasy richness of the professor's creation.
Want tubecars, eyes, ru'un, Pe Choi, Shen in your post-apocalyptic Weird West, here you go. Want a parallel-evolving world—there must be some deeper mystery to that cosmic drama involving the gods pariah or otherwise from EPT after all—with all the baroque hierarchies, religions, etc. in your own science fantasy homebrew campaign stew, here's your rationale.
The pocket universe is the limit...
Posted by Chris Kutalik at 1:14 PM