Stealing a page from my blogging friends today I am presenting an open question and answers on Kezmarok, a half-ruined metropolis just south of the Hill Cantons setting proper.  Below are some questions from players on Google Plus (a careful reader will note a certain self-interested cast to them).  Feel free to ask away in comments if you are interested.

The other parts of the series are here, here and here. 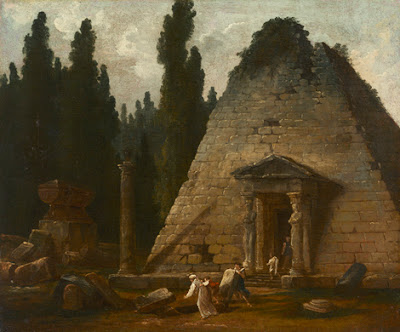 Who's who in the Illuminated League and the Banners of the Five?﻿
The Illuminated have several internal factions. The largest are the Realis, a somewhat moderate, fiscally-conservative faction that mostly just wants to downscale the city: raze most of the semi-ruined buildings, wall off the dangerous sectors of the city, downsize the reliance on the mercs of the bonded companies, etc. A number of the Great Hostel owning families and the larger native bazaar merchants support this pole.

The second largest faction of the Illuminated are called the Defeatists by their detractors. They want all of the above and call for a negotiated settlement with the besiegers. They are well backed by Galldred and the some of the foreign merchants plus a few of the local artisan guilds.

Supporting the Banners is roughly half of all native military officers under the Lord-Marshal rank. A small grouping, but with some juice given their strategic position. Their leadership is secretive, but there are some outspoken public leaders like the vainglorious Hulkos the Harried. ﻿

Who is in charge of the city's finances?﻿
It's a complicated procurement/disbursement dance between the Council of Autarchs and the layers of lower bureaucracy. Forms and orders have to be signed and counter-signed for weeks or months. But is known that the Captain-General's Chief Purser can move that expedite or hamper that red-tape process immensely.
﻿
Who's in charge of home ownership? As in, where you can live and why and how much you get taxed for it.
About a third of the great abandoned (or semi-inhabited) sections of the city—Kezmarok shrank from its height of 300,000 to its current 40,000—are currently owned by the governing council’s Land Trust. The remaining two-thirds is privately owned by the old impoverished aristocratic families and is essentially in stasis--as is the wont of the private sector across ages when confronted with real, abiding crisis.

Unoccupied buildings (mostly in some state of ruination) can be bought from the trust at full price, but with a (relative) minimum of red-tape and a five-year year rebate on all assessment fees, taxes, and bribes. Currently occupied and maintained buildings are at a premium and you should expect to pay quite a bit more than you would up in the Cantons.

Squatting is also quite common off the main avenues. The main danger there though comes from the larger squatter bands (who have bribed their way into semi-permanent fiefdoms) and things that go bump in the night.

Is there an M-U guild?
There is no guild as such and as in the Cantons to the north magic-users are rare and tend to stick to private, unobserved lives. It being a larger, if reduced, city there are at least two known, informal salon-circles (or cabals) of sorcerers, wizards, witches and warlocks.

An inquiring, discrete soul could put out feelers . One such group tends to congregate around the upper floor of the Finestra hostel, the other Duke Mraz’s Folly. 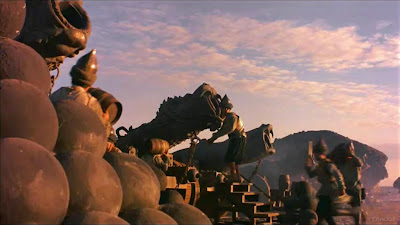 Do the Turko-Fey have positive relations with any known nation? What would they say about them? What would an average Kezmaroki say about them? What about a soldier?
The Turko-Fey hail from a pocket plane called on this world “The Summer Country”, a place they share in part with other polities of their race. Even in their home plane are seen as something of a cryptic annoyance.

In the world of the Hill Cantons they are said to only have passably decent relations with the Scarlet Sultanates of the far South and with the mercenary captains of the Overkingdom.

To the latter they are considered to be easy if erratic employers. They expect little more than guarding the camps, an annual counter-sally and an occasional abrupt shelling of the outer works of the city. Many returning landsknechts will complain about the strange pay schedule (seemingly random months and years without pay then a generous showering of reddish-gold coins), the cold distant quality of their employers and the dream-like lethargic feeling of the camps. There is a great sense that something is being waited on and that time is a slow, meandering river.

The average Kezmaroki considers the Turko-Fey to be a cipher, almost like a force of nature. Something unknowable and without much to do about but complain endlessly. The more cocky of soldiers--especially those affiliated with the Banners of the Five--believe that they are a paper tiger. 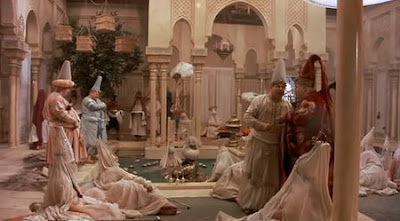 Who has the best rumors? Who has the most rumors? Who trades information for money, and what are their rates?
Resident foreigners by far and away, native Kezmarokis are almost to a person inward looking with a tendency toward a listless ennui.

What does the city trade? What's the most unique touristy bullshit thing I could buy for my friends back home? What can't I get anywhere else?
The city has subsided on centuries of essentially trading away its vast, dwindling wealth: tapestries, statues, gold baubles, silks, etc.
The city does produce in gigantic cave-complexes a wide variety of edible fungi. Only two species are exported: one phallic-shaped cap an aphrodisiac, the other a shelf-like mushroom producing a cardamom-like taste. A “floral” bloom of both varieties in a delicate spiral glass vase (another local export) is considered a well-received, if kitschy gift.

How are the dead disposed of? How upset would people get if they were eaten, dissected, animated, etc?
There are vast vaults, passages, and catacombs honeycombing the pink-grey granite of the Rock.  There are several entrances to the upper levels where the dead are housed, the most well-known of being through the rear burial complex of the Patriarchate. Most larger temples will have some access and it is known that the fungus beds of the city have side passages into that maze.

Defiling the dead is considered an abomination in the sight of the Sun Lord. (A quick thrice counter-clockwise swirling of three fingers and a pinky with a flourish.)

What breeds of dog and other domesticates are found in the city?
Dogs are considered unclean and bad luck. 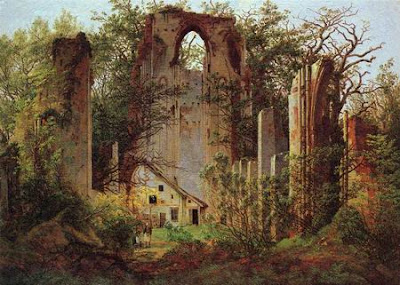 How good is the library? Am I allowed in? How can I gain access if not?
The Patriarchate and Decade-King’s libraries are among the largest in the world. Access is dependent on the goodwill of those institutions.

How would I be expected to resolve a dispute of property? How about a dispute of honor? An academic dispute?
The most bloody of duels—some of them escalating into small, pitched battles—are to be found in the various ivory towers of the city.  Dueling is common among the gentry.  Preferred weapons are the glaive, bolo and heavy saber.

All other matters are settled in a ponderous circuit of courts presided by secular magistrates.

What traits and technologies have the Kezmaroki adopted from the Turko-Fey over the years, and vice-versa? ﻿
None on either side other than a shared malaise.

What are the laws regarding street performance? What about trespassing and window-peeping?﻿
Strangely liberal. Miming however is punishable by impalement.
Posted by Chris Kutalik at 12:43 PM