The tinkering with Classic Traveller continues, I can't help it, I tell ya. Much like the D&D edition 0.75 that I always wanted (a mechanically-slimmed down AD&D or beefed up OD&D depending on your perspective) I find myself wishing that there was a nice happy space between the elegance (yet gaping holes) of Classic Traveller and the bloated detail (forget the mechanics) of Megatraveller.

Actually I really find myself wishing for a simple, old-schoolish game that is softer in its science and weirder in its tone, but that's for another post. In the meantime here are some variant tweaks and some Space Cantons campaign news for some local color.

Alternate Starting Chargen Skills
Player characters can opt to make new choices to what you get upon enlistment or promotion in a service (existing Space Cantons players can opt to retro-fit any skill choices). All skills listed trump existing rules in Book 1. New or tweaked skills are listed in italics. 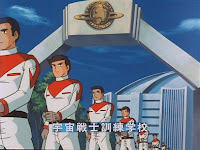 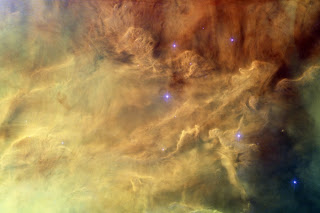 The Cantonment Holo-stem Report from Raving Foxoid News
Deputies of His Most Resplendent and Indomitable Overlord Vunce Augustus are vigorously denying that there was a massive explosion that rocked the Novo Marlankh Prime Spaceport yesterday. “We are most certainly not investigating baseless rumors that the fuel compartment of Astro-Hermetic College star-cog combusted on detonation of Cantonment Marine-issue blastex,” they added.

One of two Spacers Guild dromon-traders has returned from a senseless and foolhardy expedition into Weirdspace. The ship was shuttled with great perspicacity into one of the guild's tower-hangars. Ground crews noted what looked to be blast marks on the ship's stern.

Underclerks of Hydracorp's shipping arm are confirming that two metric tons (a cantonal “crapton”) of depleted-uranium, zertax-covered snub pistol rounds were not accounted for in their recent run to Outpost Nine's planetary militia. “We are confident that they will show up...somewhere,” they commented with officious shrugs and sweeping gestures toward the sprawling chaos of their spaceport storage facilities.

What the Cantonment Scout Service has deemed an ACO (Anomaly Class Object, term for the various celestial oddities that appeared through the Veil) has appeared beyond Leguiin, a gas giant in the Kugelworld system. Upon completion of the fortnight-long Subsector Stellar-Surfing Competitions on Novo Marklankh the Scouts vow to “check it out, man.”
Posted by Chris Kutalik at 10:51 AM